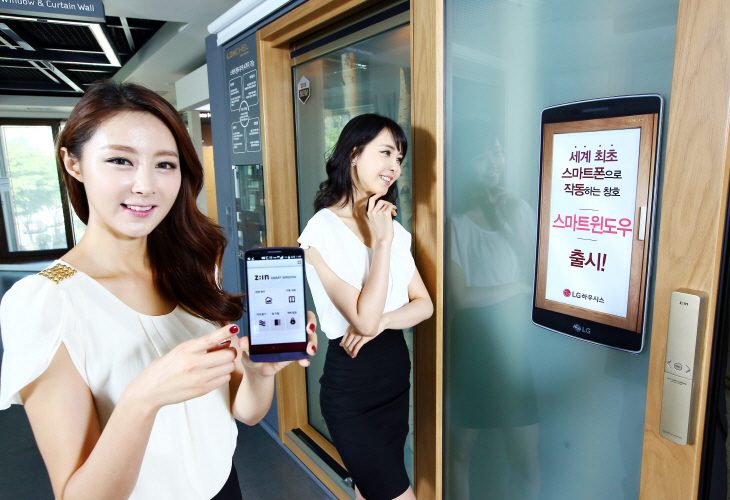 LG Hausys said that users can open and close its new ‘Smart Window’ wherever they are, through a smartphone app. (image: LG Hausys)

SEOUL, May 26 (Korea Bizwire) — LG Hausys has launched a smart window whose functions, including opening and closing, setting alarms, ventilation and lighting can be controlled by a smartphone.

The company announced on May 25 that users can open and close its new ‘Smart Window’ wherever they are, through a smartphone app.

Users can also receive alarms through the application when their Smart Window is opened by force.

The Smart Window can also change its shade from transparent to non-transparent. Additional curtains will be unnecessary as the window itself can block sunlight or unwanted eyes.

The featured auto ventilation system can be synced with other in-door air quality sensing appliances to automatically adjust ventilation.