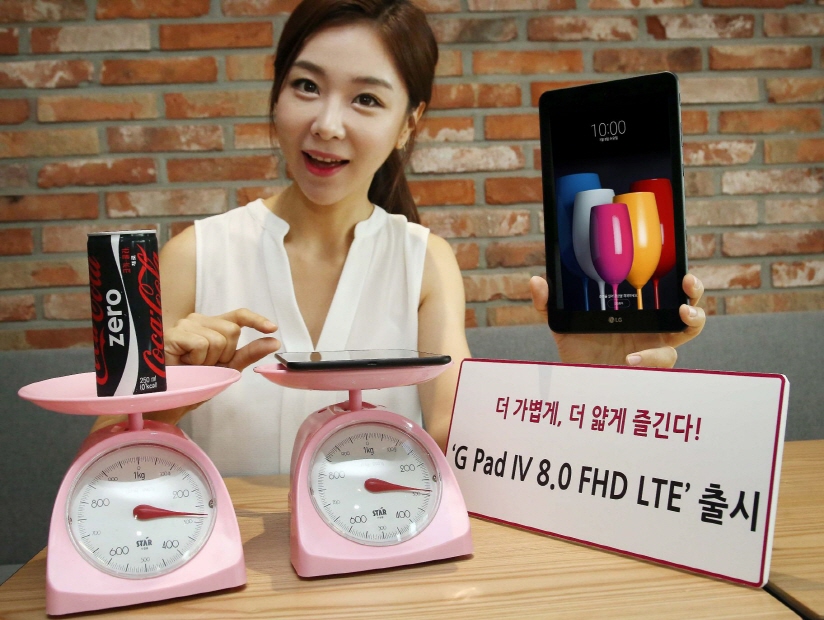 The South Korean tech giant said the 290-gram G Pad IV 8.0 FHD LTE can be considered “as light as a can of soda,” making the device especially suitable for women and teenagers. The company said the 8-inch display also makes it easier for users to carry the product in hand bags and pockets.

The tablet PC comes with two cameras, both with 5-megapixel resolution. The battery capacity stands at 3,000mAh.

Users can also enjoy fast data speed and phone calls as the tablet PC runs on the LTE network.

The price tag on the device stands at 352,000 won (US$308), and can be purchased at local retail stores of LG Uplus Corp., a mobile carrier under LG Group.