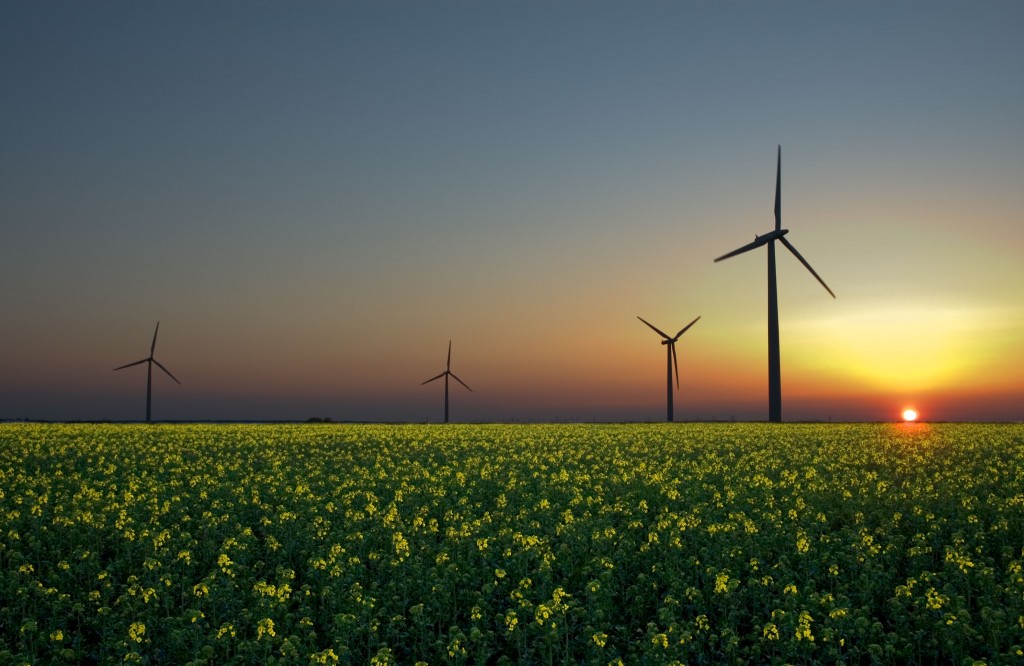 With an aim to lead the effort toward a more sustainable future, LG will showcase its latest energy solutions technologies at the 22nd World Energy Congress, taking place in South Korea from October 13 to 17. (Wikimedia Commons)

The group is taking significant strides in developing new business  opportunities in the clean energy market by presenting a total solutions  package consisting of energy generation, storage and delivery.

With an aim to lead the effort toward a more sustainable future, LG will  showcase its latest energy solutions technologies at the 22nd World  Energy Congress, taking place in South Korea from October 13 to 17.

Only the second time in the event’s 90-year history to be held in East  Asia, WEC will take place in Daegu, Korea’s designated green-growth  city, and will offer an estimated 5,000 international delegates the  opportunity to view first-hand the country’s sustainable energy  development initiatives.

LG plans to set up an exhibition booth where representatives from LG  Electronics, LG Chem, LG Uplus and LG CNS will introduce WEC’s  influential attendees to a complete range of the group’s sophisticated  energy solutions technologies.

The LG booth will showcase three unique zones – the Smart Generation  Zone, the Smart Consumption Zone and the Smart Control Tower Zone – all  unified under the central concept of “Smart Energy: It’s All Possible  with LG.” The exhibition will demonstrate LG’s commitment to  developing state-of-the-art systems capable of generating, containing  and delivering power whenever and wherever it is needed.

The Zone will also play host to LG Electronics’s Gas Heat Pump (GHP)  Super, which is a heating and cooling system known to be exceptionally  efficient in reducing energy consumption, and is thus touted as a cost  effective alternative to conventional electricity-driven designs.  World-class chillers, turbo heat pumps, absorption refrigerators and an  ecologically sound geothermal system air conditioner will also be on  display.

Also at the Smart Generation Zone, LG Chem will introduce Energy  Storage Systems (ESS) for residential and industrial applications. A  global ESS provider, LG Chem will exhibit a comprehensive device in the  field of Smart Grid that is capable of transmitting stored energy,  generated by both photovoltaic and wind, to be used during peak hours  thereby maximizing energy efficiency and self-consumption. The chemical  company was recently selected by Southern California Edison (SCE) in  winning the largest ESS contract in North America.

LG Uplus, Korea’s leading LTE mobile communications service  provider, will unveil a wide range of energy distribution systems at the  zone including the Power Conversion System (PCS) that offers stability  in managing electricity stored in ESS, and acts as a device that  connects solar energy generating systems to the power supply chain. The  company also plans to showcase the Voltage Management System (VMS) that  controls the voltage necessary for stable power supply.

Visitors to the Smart Consumption Zone will be able to see  demonstrations of LG Electronics’ Building Management Solutions  (BMS), which can cut energy consumption by more than 30 percent via the  integrated control of heating, cooling and lighting. Designed  specifically for shops and malls, the Green Smart Store Solution can  also reduce power usage by approximately 30 percent. Also on display  will be LG Electronics’ Smart LED lighting solutions, LED lamp posts and  a new generation of electric car components including high density  battery packs, drives, motors, inverters and rechargers.

Also at the Zone, LG Uplus will unveil its Advanced Metering  Infrastructure (AMI) technology which measures electricity consumption  in real time and transmits electricity for buildings and households for  efficient management by both energy providers and consumers.

In addition to displaying its solutions, Juno Cho, President & COO of LG  Corp., will also participate in the World Energy Leaders’ Summit at WEC  Daegu 2013, where major issues facing the energy industry will be  discussed.

LG is a leading global business group with business activities focused  in the three key areas of Electronics, Chemicals, Telecommunications &  Services. As one of the largest conglomerate in Korea LG has a 66-year  history since its establishment in 1947. It made a transition into a  holding company system in 2003 to improve business transparency and  develop its management system. Now LG has 62 subsidiaries such as LG  Electronics, LG Chem, LG Uplus and LG CNS under a single holding company  LG Corp. with workforce of 213,000 around the world. The consolidated  revenue marked about KRW 145 trillion in 2012.