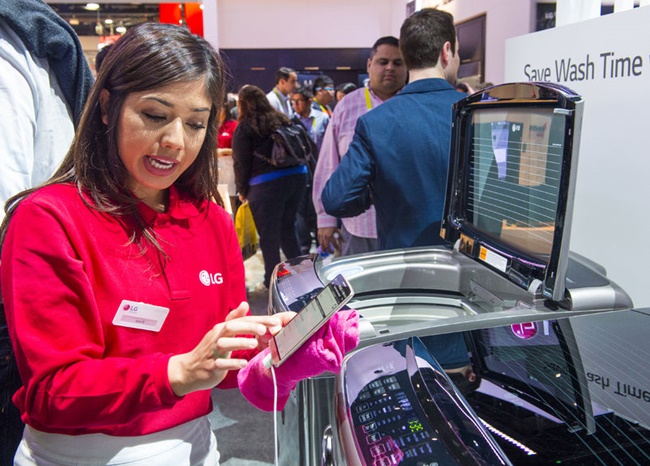 Jo Seong-jin, CEO of the South Korean tech giant, said the company had planned to begin the operation of the US$250 million plant in February 2019, but it has moved forward the start date to the fourth quarter. (Image: Kobiz Media)

Jo Seong-jin, CEO of the South Korean tech giant, said the company had planned to begin the operation of the US$250 million plant in February 2019, but it has moved forward the start date to the fourth quarter.

Jo made the comments in a meeting with reporters at the Consumer Electronics Show in Las Vegas.

The decision came as South Korea is pushing to keep the United States from imposing import restrictions on its large home washing machines.

Dan Song, president of LG Electronics home appliances division, said in the meeting that LG has put in place countermeasures over possible U.S.safeguard measures. He did not elaborate.

U.S. President Donald Trump is expected to make a decision about the possible measures in February.

In November, the U.S. International Trade Commission recommended a 50-percent tariff rate on imports of large Samsung and LG home washers built beyond the 1.2-million-unit threshold.

The recommendation came in response to a safeguard petition filed by U.S.-based Whirlpool in May. The commission determined in October thatthe Samsung and LG washers were having an adverse impact on the domestic industry.

LG Electronics said its 829,000-square-foot plant in Tennessee has an annual capacity of more than 1 million units of front- and top-loading washing machines.

South Korea is among the top five overseas investors in Tennessee. Its companies are investing nearly $1 billion and employing more than 1,700 Tennesseans, according to the Tennessee state government.

Samsung Electronics Co. has invested US$380 million in building a washer plant in South Carolina.