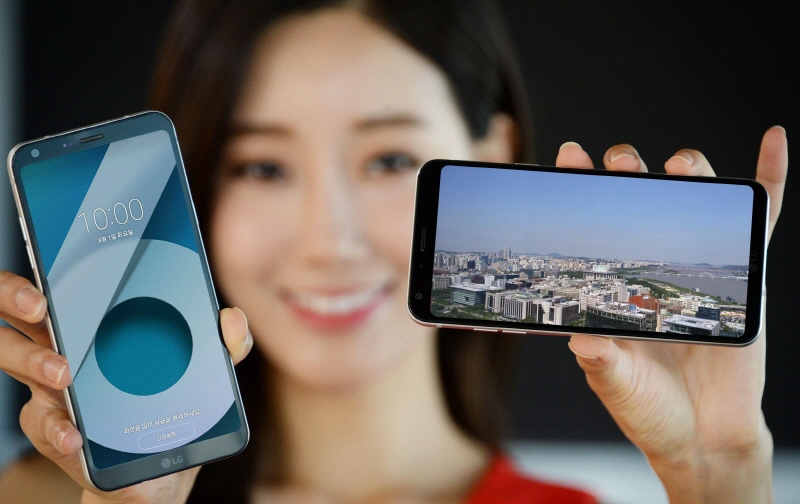 The South Korean tech giant said the sales of the 5.5-inch smartphone will kick off Wednesday with a price tag of 419,100 won (US$373). The Q6 comes with storage capacity of 32 gigabytes. LG plans to release the Q6 Plus with 64 GB later in August.

The company said the Q6 boasts outstanding durability, winning the U.S. military standard certificate approved by the Department of Defense.

It has 13-megapixel rear and 5-megapixel front cameras, along with a built-in battery with a capacity of 3,000 mAh.

LG has been seeking to expand its smartphone portfolio as its mobile business continues to suffer from operating losses.

The company said the mobile communications division, which oversees the smartphone business, posted an operating loss of 132.4 billion won in the second quarter because of sluggish sales of premium devices, coupled with the increase of expenditures on the flagship G6 smartphone.