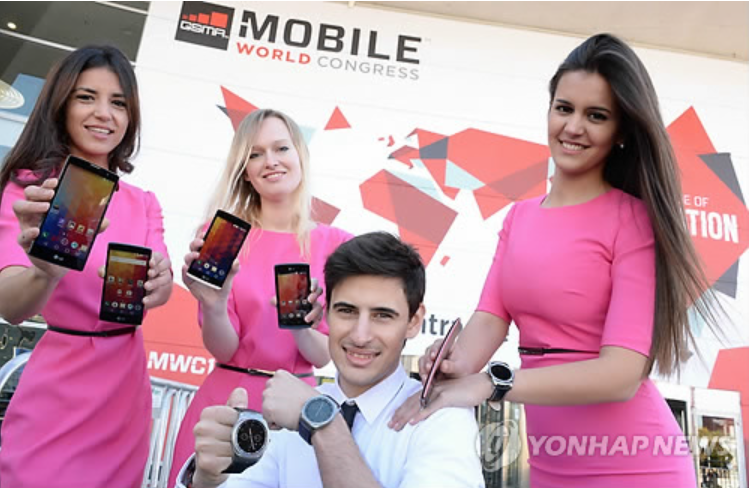 Barcelona, Spain, March 1 (Korea Bizwire) – Models pose with new LG Electronics products at Fira Gran Via in Barcelona, Spain, on March 1, 2015, on the eve of the opening of the 2015 Mobile World Congress.

According to market watchers, LG Elecs might reveal the LG G4, along with mid-range Android smartphones called the LG Magna, Sprit, Leon and Joy at the upcoming Mobile World Congress event.  The LG Watch Urbane LTE, LG’s answer to Samsung Galaxy Gear and Apple Watch, will be also on display at the event. LG’s wearable watch is its first LTE-capable smartwatch. 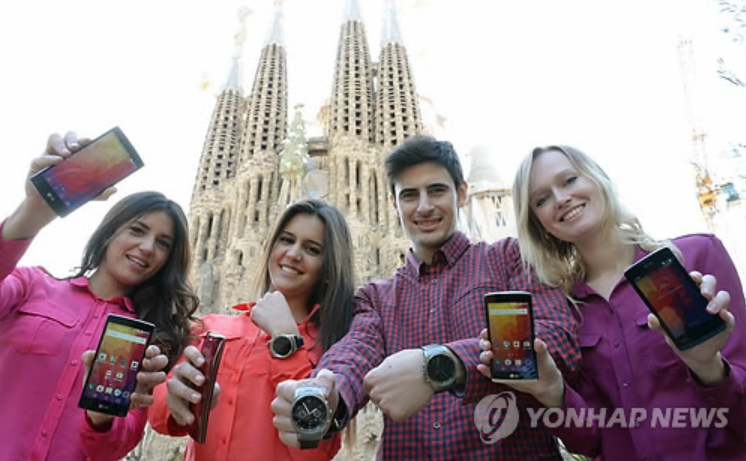 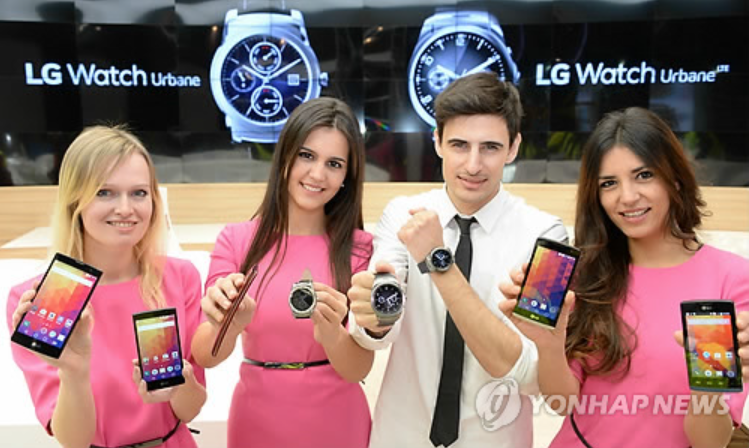 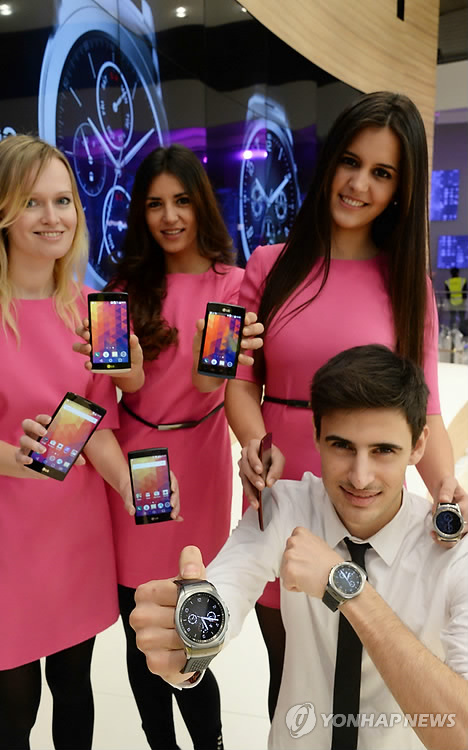