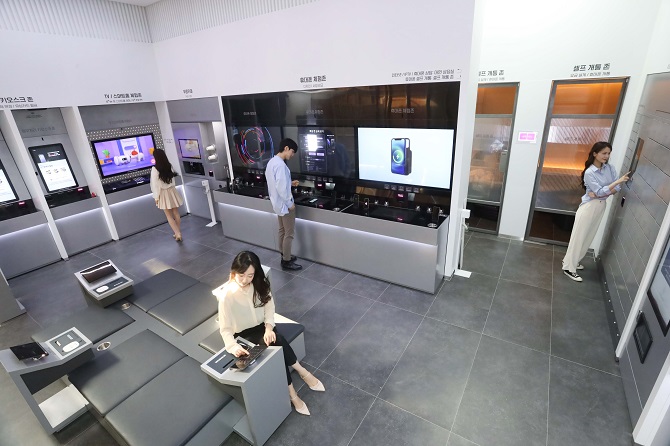 LG Uplus Corp.’s new clerkless store in central Seoul is shown in this photo provided by the company on March 22, 2021.

LG Uplus’ new store in Seoul’s central ward of Jongno incorporates automation technology, such as digital kiosks that allow customers to change their data plans and buy new phones or USIM cards without the help of store workers.

Customers are given QR codes once they enter the store, and they can use the code to receive their purchases through a storage locker.

LG Uplus said the store operates all day and night with assistance from an artificial intelligence (AI) chatbot, while physical customer service is available during the day.

The telecom operator plans to open additional unmanned stores in Busan and Daejeon in the first half of the year, and also in Daegu and Gwangju in the second half.