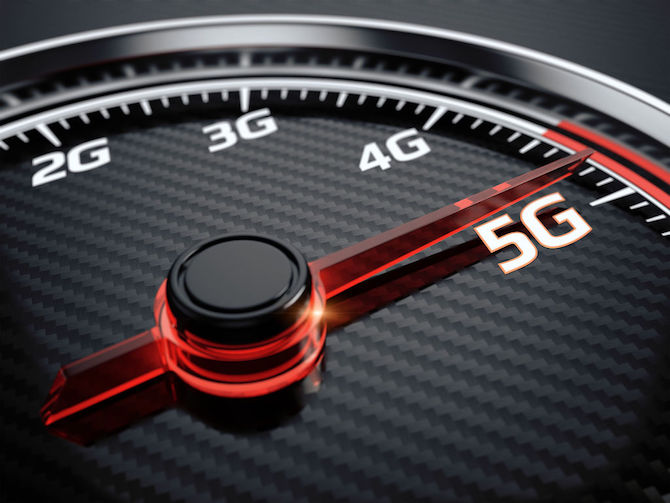 LG Uplus was able to beat its bigger rivals in building the 5G network using equipment made by China’s Huawei, the global leader in the telecom equipment market. (Image: Korea Bizwire/Kobiz Media)

SEOUL, Jan. 22 (Korea Bizwire) — LG Uplus Corp., South Korea’s No. 3 mobile carrier, said Tuesday it will complete building its 5G infrastructure in major cities by the end of 2019 to get ahead in the next-generation wireless network market.

Following the launch of the world’s first 5G network with SK Telecom Co. and KT Corp. in December, LG Uplus vowed to speed up the establishment of its 5G network and create various content and services on the new platform.

“We will provide innovative services in partnership with small and medium-sized companies by commercializing the 5G network for the first time in the world,” LG Uplus CEO Ha Hyun-hwoi said during a meeting with ICT, industry and startups ministers who were visiting LG Science Park in western Seoul. “We will showcase high-resolution videos and augmented and virtual reality content to make South Korea the world leader in 5G.”

In the business sector, Ha said the company will work with local companies to develop autonomous vehicles, drones, robots and smart factories compatible with the 5G network by combining artificial intelligence and big data technologies.

The mobile carrier has been stepping up its network to support 5G-enabled phones, which are expected to be released by Samsung Electronics Co. and LG Electronics Inc. in March.

Last month, Ha said the company will invest over 4 trillion won (US$3.53 billion) to establish an extensive 5G network across the nation.

LG said it has set up about 5,500 5G base stations as of December, far surpassing the combined 3,000 stations SK Telecom and KT are estimated to have.

LG Uplus was able to beat its bigger rivals in building the 5G network using equipment made by China’s Huawei, the global leader in the telecom equipment market.

Policymakers, who were briefed on the firm’s 5G business plan and watched the demonstration of smart drones, VR video games and smart factories, vowed support for the emerging industry.

“In the era of the 5G network, many devices will be connected with each other to present content and services, which will make auto, manufacturing and logistics industries rely more on telecommunications equipment than ever,” Yoo Young-min, minister of science and ICT, said. “It will highlight the role of innovative companies in the content and service sectors, as well as device providers of home appliances, wearable devices and the Internet of Things.”