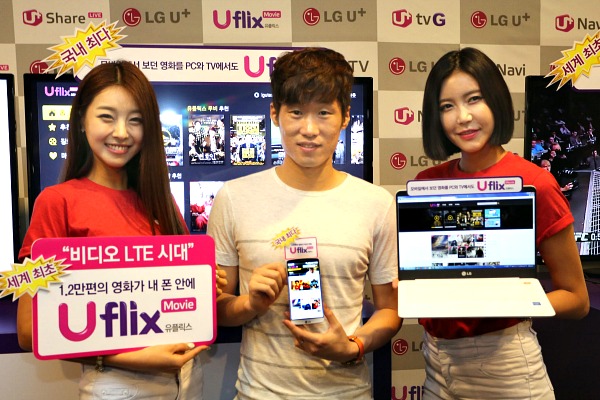 The third-largest mobile carrier in Korea announced on June 23 that it would start offering new services based on its LTE-A network from July. The new services include the movie streaming service, high-definition TV streaming service Uplus HDTVNew, and Uplus NaviReal, a navigation system with live video of traffic conditions.

Besides, it will offer personal broadcasting platform Uplus tvG and cloud-based sharing service among subscribers Uplus ShareLive. With these services, LG Uplus plans to lead the era of “Video LTE.”

In July 2013, it also realized the world’s first 100-percent LTE service. It succeeded in the commercial test for Three-Band Carrier Aggregation which is four times faster than current LTE service for the first time in the world recently. 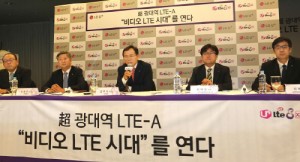 With these services, LG Uplus plans to lead the era of “Video LTE.” (image: LG Uplus)

For the last three years after the first LTE frequency, LG Uplus has led in LTE-related technologies. With the success, LG Uplus is now aiming to lead the market by opening the “video LTE” era.

Prior to it, the company had succeeded in the pilot service of LTE Advanced three-band carrier aggregation, the service four times faster than the regular LTE service. It aims to commercialize the technology within this year.

Based on the network competitiveness, LG Uplus has introduced various video LTE services for the customers. First of all, LG’s UflixMovie offers an unlimited video-on-demand service providing 12,000 video contents of films, dramas and overseas TV series at the flat cost of 7,000 won a month.

LG explained that UflixMovie offers the largest volume of movies and other video contents at the lowest monthly fee. The contents will be expanded to 13,000 within this year and subscribers of other carriers can also use the service.

In its mobile IPTV service Uplus HDTV, LG embedded the “Time Machine” function that enables users to save programs that they are watching in real time for two hours and the “Slow Motion” function through which users can watch the important scenes 0.5 time speed.

Also, LG’s Uplus NaviLTE which has secured more than 5 million subscribers since its introduction is equipped with a powerful weapon of “Real.” The improved version can show the real photo of road traffic on the screen. For example, when a driver approaches to a crossing, the photo of the crossing appears in the display 500 meters ahead of it and the photo is slowly zoomed in following the speed of the vehicle.

Other services unveiled recently include Uplus tvG, which allows users to broadcast in real time though the broadband LTE network, and Uplus ShareLive, which permits users to share video content with up to 100 subscribers through LG Uplus’ cloud servers.

For the subscribers to use the various video services, LG Uplus introduced a mobile phone plan which offers unlimited data and access to the services based on the broadband LTE-A at the cost of 89,900 won a month.

Choi Joo-shik, vice president and chief of LG Uplus’s SC sector, said, “With the No. 1 video service, we will provide a new mobile life that all are realized in our users’ hands. The roll-out of those services will make us lead the era of ultra-broadband LTE-A era, four times faster than the current ones.”