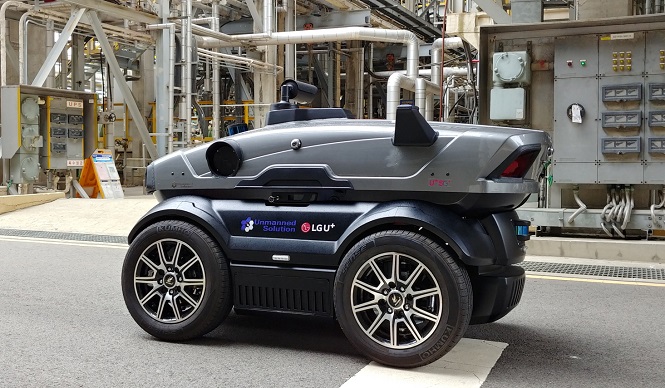 The robot — which is being developed in partnership with autonomous mobility firm Unmanned Solution — has recently demonstrated its abilities at local refiner Hyundai Oilbank Co.’s facility in Seosan, 150 kilometers south of Seoul, LG Uplus said.

The robot was able to roam around the compound on its own with a margin of error of 10 centimeters and carry out safety procedures, such as monitoring temperatures of the facility equipment, according to the telecom operator.

LG Uplus said the robot, manufactured by Unmanned Solution, is able to accurately position itself for autonomous driving by using the mobile carrier’s real-time kinematic technology that sends positioning data to the robot seamlessly through the low latency 5G network.

“The autonomous robot will be core equipment for the refinery industry, which prioritizes safety,” Seo Jae-yong, head of LG Uplus’ convergence business, said in a statement.

“We plan to wrap up further testing by the end of this year and commercialize the product next year.”