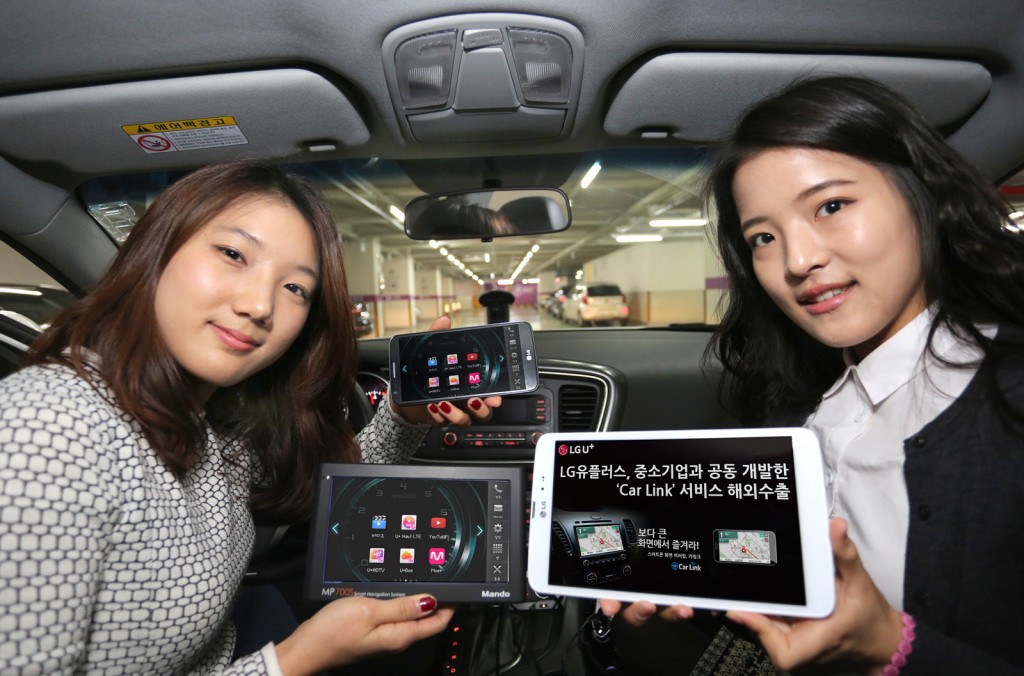 The Car Link is based on a “mirroring” service, which enables a driver to bring up his or her smartphone interface on the vehicle’s navigation screen. (image: LG Uplus)

The Car Link, developed in collaboration with a local platform operator, is based on a “mirroring” service, which enables a driver to bring up his or her smartphone interface on the vehicle’s navigation screen.

The driver can use the various functions, from phone calls, video clips, music and SNS, just like using it on the handset, except on a larger display.

Such technology, dubbed “Connected Car“, is part of what LG Uplus seeks to offer users based on the IoT, a concept of interconnectivity among smart devices being aggressively pursued by major IT firms around the world as the next growth engine, the telecom company said.

LG Uplus will be exporting the new car navigation to the Middle East, planning to tap into other countries in the near future.

It will shore up efforts to build a solid footing in overseas market to vie with Google’s Android Auto and Car Play made by Apple, the company added.

The Car Link will be available for Mercedes-Benz’s A, C and E Class, all Volkswagen vehicles, the Infinity Q50 and the BMW Mini via a download from Google Play store.