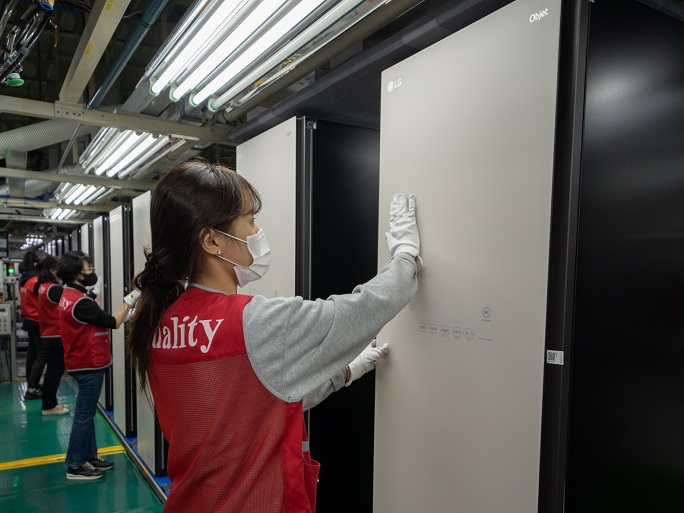 This photo provided by LG Electronics Inc. on March 2, 2021, shows a worker checking the Styler steam clothing care appliance at the company’s plant in Changwon, some 400 kilometers south of Seoul.

Domestic models of LG Tromm Styler, a clothing care appliance that made its debut in 2011, surpassed 1 million units in cumulative production as of end-February, the company said.

All of LG’s steam closet models are manufactured in the company’s plant in Changwon, some 400 kilometers south of Seoul. LG currently sells the Styler in more than 20 countries.

LG said sales of the Styler have been strong recently as consumers became more interested in products that boast health and hygiene features amid the novel coronavirus pandemic.

In particular, sales of the large-size Styler, which can manage up to six garments, have doubled so far this year compare to a year ago, according to the company. About 80 percent of its Styler production has been large-capacity models, it added.

LG, which spent nine years to develop the Styler, has so far registered 220 patents globally with the product.