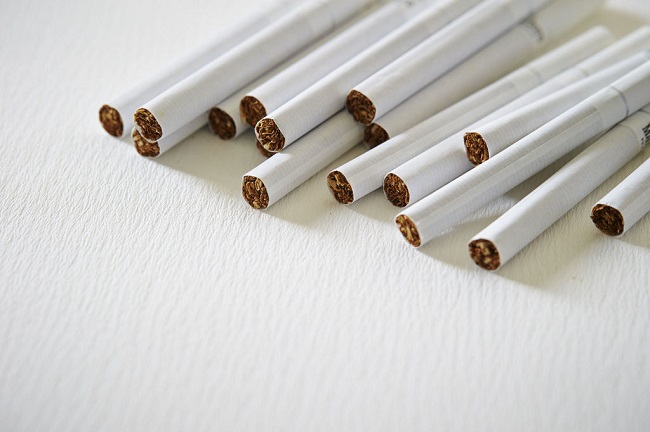 The ruling Democratic Party slammed the LKP’s actions as an attempt at the “monopolization of government” on July 28.(Image:Kobiz Media)

SEOUL, Jul. 30 (Korea Bizwire) — The Liberty Korea Party (LKP) is facing an unexpected tidal wave of opposition as its proposal for a payment card that would enable lower tobacco tax payments is being met with fierce opposition from every corner of the National Assembly.

The idea was generated in the face of the majority party’s intention to raise taxes on high-income earners.

In response, the ruling Democratic Party slammed the LKP’s actions as an attempt at the “monopolization of government” on July 28.

Party leader Chu Mi Ae said, “The Liberty Korea Party’s mockery of the Korean people has gone too far. Their mindset is to create stumbling blocks in the Moon administration’s attempts to reform the taxation system by nitpicking at every word to curry favor with the populace.”

She added, “To try to make a fool of the Korean people by mentioning taxes at this juncture is a similar attempt at government monopolization that we saw from the former Park administration.”

The People’s Party and the Bareun Party straddled the fence on the issue by attacking both the LKP for being a “populism party” and the Democratic Party for its role in trying to implement higher taxes for high-income earners.

Representative Park Joo Sun of the People’s Party described populism as “a more serious danger than illegal narcotics”, and Representative Kim Sae Yeon of the Bareun Party criticized the LKP for its attempts at self-correcting its own mistakes. “The LKP has become a party of populists and is engaging in stubborn, self-contradictory behavior by proposing to lower the tobacco taxes that it itself played a primary role in raising,” said Kim.

It is believed that the proposal to lower the tobacco tax has caused internal friction within the LKP itself as the dual leadership of the LKP, representatives Hong Joon Pyo and Jung Woo Taek, are thought to be at odds over the issue. There are concerns that the disagreement may fan the flames of any pre-existing discontent within the party.

Representative Hong remains undeterred. On his Facebook page, he insisted that “on the grounds of lowering the people’s tax burdens [the proposed policy] will be pursued”. He also expressed his stern disapproval for the Moon administration by calling it “an administration of liars whose first words are always ‘the people, the people’, but opposes easing the tax burden on the people”.