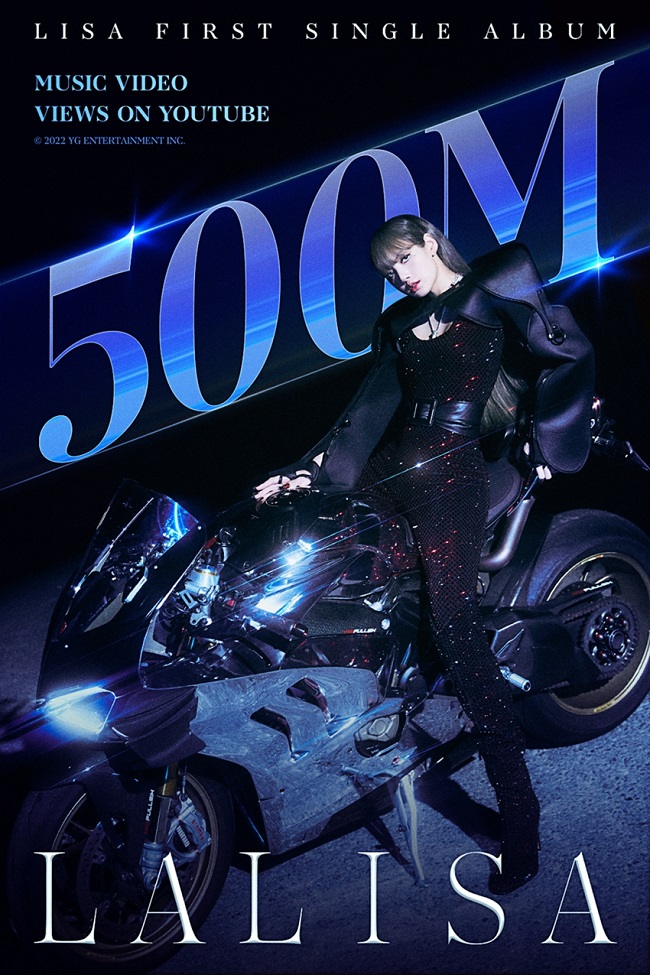 The video for the title track of her solo debut album released last September reached the milestone at 5:06 a.m., YG Entertainment said.

The four-member BLACKPINK has 32 music videos with more than 100 million YouTube views.