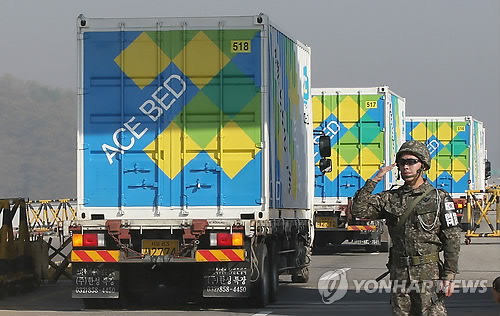 Last week, the Ministry of Unification announced plans to promote inter-Korean exchanges in such areas as culture, sports and history to help “restore national unity and open channels for cooperation.” (image: Yonhap)

Last week, the Ministry of Unification announced plans to promote inter-Korean exchanges in such areas as culture, sports and history to help “restore national unity and open channels for cooperation.”

The announcement came as this year marks the 70th anniversary of Korea’s liberation from Japanese colonial rule.

Gyeonggi Province, which surrounds Seoul, has been in talks with the ministry and other relevant organizations to resume three projects with North Korea, officials said.

One project aims to preserve traditional Korean houses, known as “hanok,” in North Korea’s border city of Kaesong, while the others deal with drawing up joint preventive measures against malaria and building a joint tree nursery.

South Jeolla Province, located on the southwestern tip of the Korean Peninsula, is focusing on promoting exchanges with North Hamkyong Province at the northern tip.

Following the ministry’s announcement, the South Jeolla government has begun to study ways to send seaweed and rice to mothers and underprivileged children in North Hamkyong.

“As the government has allowed the expansion of aid projects for the North, we will confidently make active efforts,” a South Jeolla government official said.

Officials in the southern port city of Busan welcomed the Park administration’s new policy, citing their interest in participating in a logistics project involving the two Koreas and Russia.

If the project succeeds, South Korea will be able to ship goods from Busan to the North Korean city of Rajin, where a railway linking the city to the Russian city of Khasan could help transport the goods to Europe.