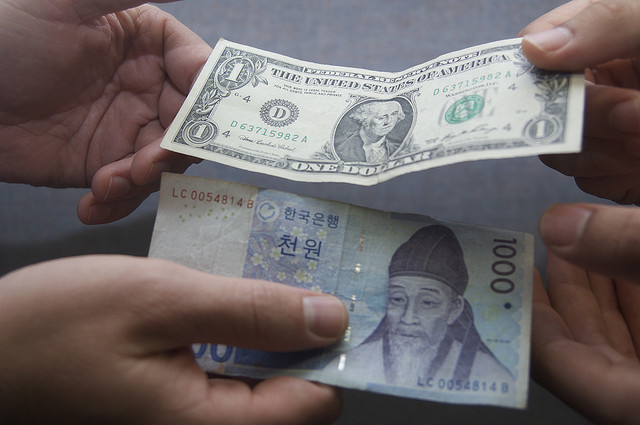 The ongoing appreciation of the Korean won is undermining the profitability of Korean exporters. (image: USAG Yongsan/flickr)

SEOUL, May 13 (Korea Bizwire) – According to a recent survey by the Federation of Korean Industries, the ongoing appreciation of the Korean won is undermining the profitability of Korean exporters.

The FKI survey on 120 large manufacturers in Korea revealed that the break-even exchange rate for local manufacturers was 1,052.30 won per the U.S. dollar. The report also said that every 10-percent increase in the won value will translate into a drop of operating profit ratio by 0.8 percentage point.

To ease the losses arising from the rising won value, local manufacturers are trying to reduce production cost through process improvement, while expanding their positions in derivatives for foreign exchange hedge, and readjusting their export prices.

In addition, the manufacturers called for the government to adopt expansionary monetary policy, increased export credits and guarantees, overseas marketing support and other assistance, and introduction of financial tools to hedge exchange risks.

An official at the FKI said, “The appreciation of the Korean won against the dollar may continue for a long time considering the current macro conditions. Now we need to make urgent countermeasures to minimize the shock of the weakening price competitiveness of local exporters.”