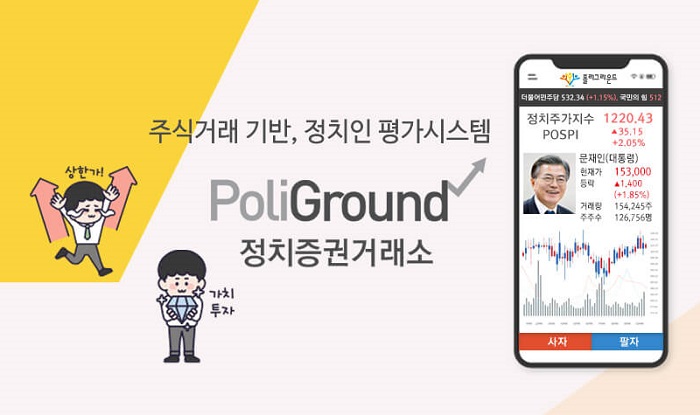 SEOUL, June 18 (Korea Bizwire) — A new service depicts the support rate of politicians as stock prices, allowing users to buy or sell them as they’d like.

PoliGround, a local startup, said Thursday that it had launched a beta service of the same name.

This service, a political stock exchange, lists politicians on a virtual ‘stock market’, setting prices for each of them based on transactions between members.

In other words, stock prices become a rate of support for each politician, working as a real-time index of public opinion.

Investors can use a non-refundable online currency (10 million won), issued as soon as the user becomes a member, to engage in mock investment to learn about politics as well as economics.

Poliground seeks to overcome the limits of representative democracy, which only reflects people’s will through the voting system, by introducing a real-time public opinion index that depicts politicians as independent stock prices, rather than party-to-party competition.