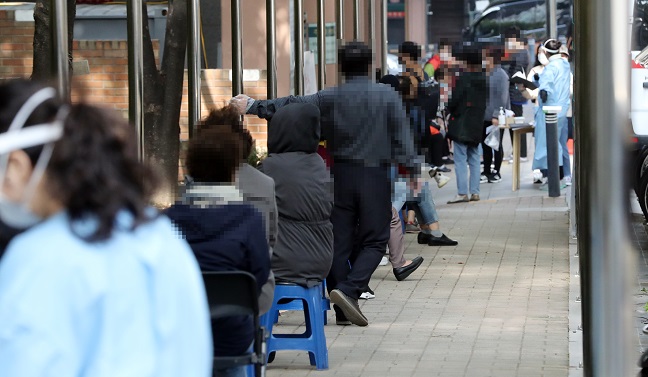 SEOUL, Oct. 22 (Korea Bizwire) — The number of daily local coronavirus cases in South Korea spiked again to over 100 for the first time in nearly one month Thursday, as sporadic cluster infections at senior care hospitals and other facilities continued to climb amid eased virus restrictions.

The country added 121 more COVID-19 cases, including 104 domestic infections, raising the total caseload to 25,543, according to the Korea Disease Control and Prevention Agency (KDCA).

The country’s new COVID-19 cases bounced back to triple digits for the first time in a week due largely to an uptick in cluster infections at senior care hospitals and other risk-prone facilities, and a rise in imported cases.

The tally marked a rise from 91 new cases Wednesday and 58 Tuesday.

It also marked the first time that local infections surpassed the 100 mark since Sept. 24, when the number of domestic virus cases reached 109.

Last week, the country relaxed its social distancing scheme to the lowest level in its three-tier system, after applying Level 2 measures across the nation for about two months since late August.

The country’s new virus infections are on a downward trend after a flare-up in the number of daily COVID-19 cases for over a month since mid-August.

Compared with mid-August and early September, when the tally rose by triple digits, the country has largely slowed the spread of virus on the back of tougher social distancing measures.

Under Level 1 measures, citizens are permitted to normalize most of their daily routines, with some infection prevention steps in place. Even risk-prone facilities, including clubs and bars, are allowed to operate after monthslong suspension as long as they keep entry logs and follow sanitary measures.

The country also began allowing students on Monday to take in-person classes more often as attendance cap restrictions in schools were eased amid the slowdown in new virus infections.

But health authorities remain on alert over sporadic cluster infections at nursing homes and medical facilities where elderly people, deemed vulnerable to COVID-19, have been infected with the virus.

Cases traced to a rehabilitation hospital in Gwangju, south of Seoul, reached 106 as of noon, up 20 from the previous day.

A senior care hospital in the southeastern port city of Busan reported three more patients, raising the total to 84.

Infections tied to an indoor swimming pool in southern Seoul reached 10, up nine over the past 24 hours. 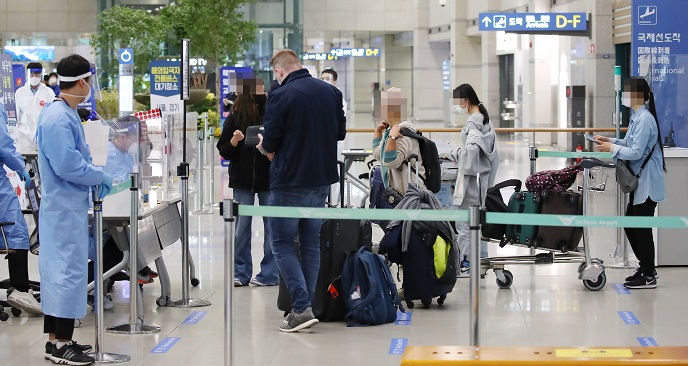 Of the newly identified local infections, 18 cases were reported in Seoul, 62 cases in Gyeonggi Province that surrounds the capital and two cases in Incheon, west of Seoul. The greater Seoul area is home to around half of the nation’s 51.6 million population.

The KDCA said one worker at a rehabilitation hospital in western Seoul was confirmed to be infected with the virus after the Seoul city government recently conducted COVID-19 tests on some 2,750 workers at 30 medical facilities, including senior care hospitals.

This week, the country kicked off virus tests on about 160,000 people who are working at or using nursing homes, senior care hospitals and psychiatric hospitals in the greater Seoul area in a bid to prevent outbreaks of cluster infections at risk-prone facilities.

Cases with unknown infection routes accounted for 12.5 percent of the total cases reported over the past two weeks. The proportion of cluster infections reached 22.1 percent, according to health authorities.

The country, meanwhile, added 17 imported cases, down from a three-month high of 34 cases Wednesday. Four cases came from the Philippines, followed by three from the United States and another three from France.

The number of seriously or critically ill COVID-19 patients came to 62 as of midnight, down from 70 the previous day.

The total number of people released from quarantine after making full recoveries stood at 23,647, up 63 from the previous day.