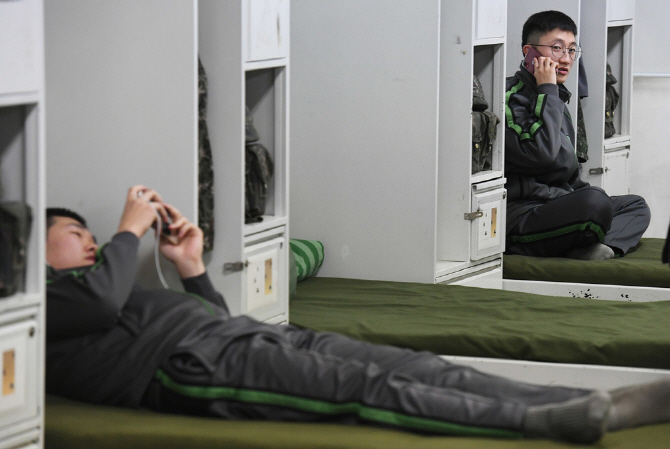 Many soldiers wanted to use cell phones for self-development. (image: Joint Press Corps-Yonhap)

SEOUL, Feb. 22 (Korea Bizwire) — As cell phone use on South Korean military bases will be permitted for all military personnel in April, soldiers are waiting in excitement to freely make phone calls to their friends and family.

According to a study conducted by Defense Media Agency, the majority of the soldiers said they want to use their cell phone to call their friends and family.

Others were excited to use mobile phones for music, games, YouTube, and surfing online.

“We all know that a security breach can take our cell phones away,” said Army Cpl. Lee Ho-yeon. “We will make sure we use the cell phones responsibly.”