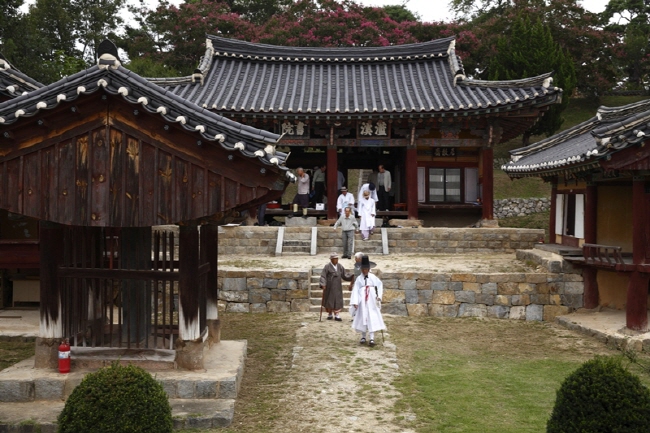 An image of Namgye Seowon in Hamyang, South Gyeongsang Province, one of the nine Korean seowon put on the World Heritage List on July 6, 2019. (image: Seowon Conservation and Management Foundation)

SEOUL, Jul. 8 (Korea Bizwire) — Succeeding in a second attempt to make it on the UNESCO World Heritage List, a group of nine historic South Korean new-Confucian institutes were inscribed on the list last week, proving their value as distinctive from those in China, the country of neo-Confucianism’s origin.

UNESCO’s World Heritage Committee confirmed the inscription of the group of nine “seowon,” or neo-Confucian academies, on the World Heritage List in its 43rd session in Baku, Azerbaijan, on Saturday.

The inscription was clinched in the historic sites’ second attempt following their first in 2015, led by the South Korean government.

Neo-Confucianism, a mainstream Chinese philosophy that originated in the Tang Dynasty, was adopted by the Joseon Dynasty as governing moral, ethical and academic principles.

Seowon took its form from its Chinese prototype but picked up its own distinctive qualities in terms of culture and architecture as Chinese neo-Confucianism transformed into a unique, localized Korean phenomenon here.

“The purpose of seowon in China was building and promoting (one’s) career while that of Korea was cultivating the mind and the body, so Chinese seowon were established at the center of villages while Korean ones were deep in nature,” an official at the Seowon Conservation and Management Foundation said.

This distinctive quality of Korean seowon translated into their unique architectural characteristics that embraced nature and their surrounding landscapes. 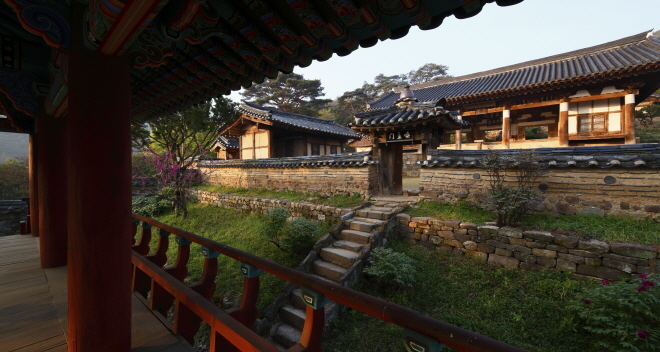 An image of Dodong Seowon in Daegu, one of the nine Korean seowon put on the World Heritage List on July 6, 2019. (image: Cultural Heritage Administration)

It was in recognition of these exclusive qualities that the World Heritage Committee decided to put the nine Korean seowon, mostly located in middle and lower part of South Korea, on the World Heritage List last week, including Sosu, Oksan, Dosan and Byeongsan Seowon, all in North Gyeongsang Province, built from the mid-16th to the late 17th century.

“The nominated property is exceptional testimony to cultural tradition associated with neo-Confucianism in Korea in the form of education and social practices, many of which continued,” a member of the International Council on Monuments and Sites (ICOMOS), which advises the Cultural Heritage Committee, said on Saturday.

“Seowon illustrates the historical process in which neo-Confucianism from China was tailored to Korean local conditions, resulting in academies which are exceptional testimony of this transformative, localizing process,” he said.

ICOMOS also recognized the nature friendly as well as intangible attributes of the nine Korean seowon.

“The location, topography and build elements define the composition of the nominated property,” the ICOMOS member said, referring to the designated properties’ layouts, wall fences, gates, stairs as well as seowon’s connection to the surrounding landscape.

“The intangible attributes include learning veneration, interaction and other activities. Neo-Confucian values were disseminated through classes and veneration ceremonies (at the academies),” he also noted.

“Compared to Buddhist and Christian heritage assets, Confucian ones have rarely been put on the World Heritage List,” Chung said.

“(The UNESCO decision) recognized the role of Korean seowon in spreading the governing Joseon-era neo-Confucianism across provinces.”

Including seowon, South Korea now has 14 items on the World Heritage List, including Seokguram Grotto and Bulguksa Temple, which were inscribed in 1995.