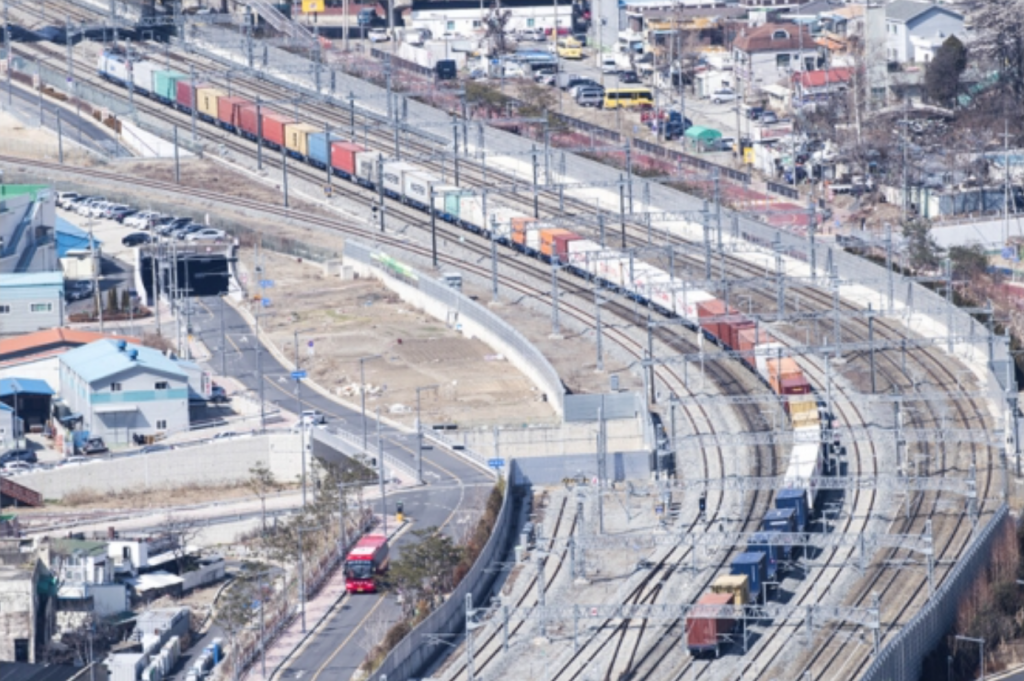 The company expects the regular operation of longer freight trains to be a major turning point for the rail logistics industry, boosting its profitability, while reducing the country’s financial burden for cargo transportation. (image: Korail)

Although the length was not as impressive as freight trains in the U.S., which can stretch over a mile in length, freight trains here typically carry 30 to 33 cars, making this type of train a rare sight in South Korea. Additional cars meant that the train also had an improved transport capacity of about 30 percent.

The latest operation was part of a test project that took place on Tuesday and Wednesday, with two 40-car freight trains making a single round trip each on the same route.

The Korea Railroad Corporation (Korail), the national railroad operator, first considered the use of longer trains after CEO Hong Soon-man said that freight trains should take advantage of a railroad’s massive transport capacity.

The company expects the regular operation of longer freight trains to be a major turning point for the rail logistics industry, boosting its profitability, while reducing the country’s financial burden for cargo transportation.

Two of the 40-car trains will begin official routes starting this month, with Korail planning to expand their numbers in the coming months.

Korail will also be promoting their advantages to logistics companies through meetings and information sessions, while at the same time evaluating the potential implementation of freight trains with 50 or more cars.

“We’ll continue to search for various ways to improve the competitiveness of the rail logistics industry, including the development of trains better fit for mass transportation, to reduce travel time and improve the punctuality of deliveries,” said Mr. Hong.