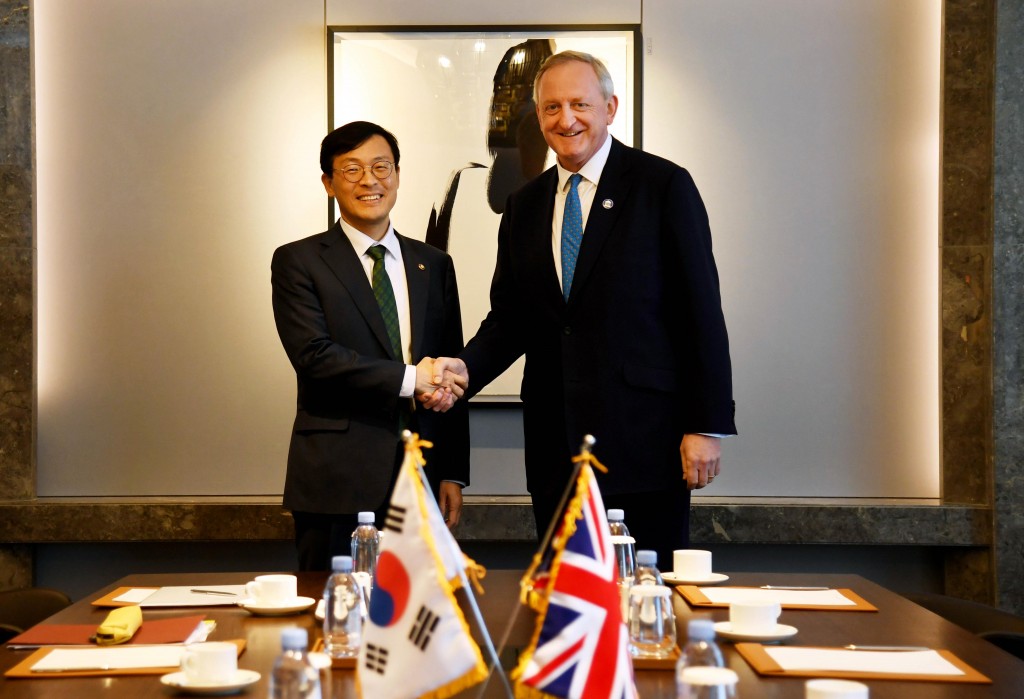 Lee Ho-seung (L), first vice minister of economy and finance, shakes hands with Peter Estlin, the lord mayor of London, at a Seoul hotel on Feb. 12, 2019. This photo was provided by the ministry. (Image: Yonhap)

Peter Estlin said South Korea and Britain should facilitate the new FinTech Bridge, a bilateral agreement launched in 2016 to make it easier for the two countries to invest in fintech.

The Lord Mayor — an international ambassador for the United Kingdom’s financial and professional services sector — made the comments in a meeting with Lee Ho-seung, first vice minister of economy and finance, at a hotel in central Seoul.

The new FinTech Bridge will help U.K. fintech firms and investors access the Asian market and expand to South Korea, as well as allow local companies to make inroads into the European nation. It will also make it easier for fintech firms in both countries to scale up internationally, according to the U.K.’s Financial Conduct Authority.

South Korea has been pushing to boost the fintech sector by taking advantage of the country’s information and technology expertise.

Estlin also expressed hope that South Korea and the U.K. will have in-depth discussions on green finance and boost bilateral cooperation on the issue, according to the Ministry of Economy and Finance.

The ministry said Seoul will continue to cooperate with London while closely monitoring situations on Britain’s planned departure from the European Union.