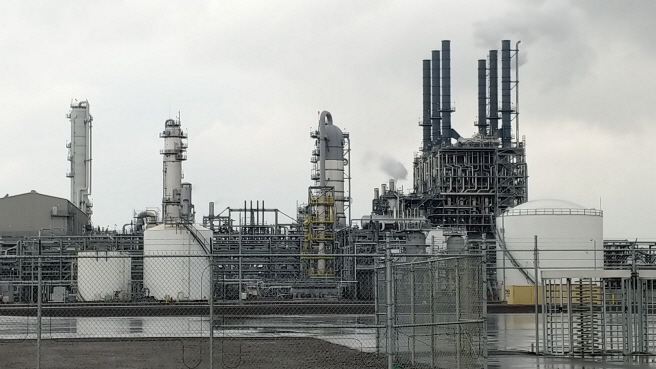 SEOUL, May 10 (Korea Bizwire) — Lotte Chemical Corp., a unit of retail-to-construction conglomerate Lotte Group, said Friday it will start commercial production at its plant in United States this month.

In a joint project with Westlake Chemical Corp., Lotte Chemical completed the construction of the 3.6 trillion-won (US$3.1 billion) ethylene plant in Louisiana late last year and has run test production, the company said in a statement.

Lotte Chemical owns an 88-percent stake in the project with the U.S. chemical firm owning the remainder, it said.

The company plans to produce 1 million tons of ethylene per year in the U.S. plant, bringing its ethylene production capacity to a total of 4.5 million tons a year.

Locally produced shale gas will be used to produce ethylene, a key material widely used to petrochemical products, according to Lotte Chemical.

Lotte Chemical, which has mainly used naphtha, a by-product of crude oil, to produce ethylene, expects to reduce its reliance on naphtha and cut its manufacturing costs by using shale gas in the U.S. plant, the statement said.

Shale gas is cheaper than naphtha and its supply is stable.

This year alone, Lotte Chemical expects to report an operating profit of 200 billion won on sales of 600 billion won from the U.S. plant.

In the January-March quarter, the Korean firm reported an operating profit of 296 billion won on sales of 3.72 trillion won in global markets.

Lotte Property & Development holds a 31.27-percent stake in Lotte Chemical.uth Korea to Vietnam as part of cost-cutting efforts amid mounting losses in the mobile division.