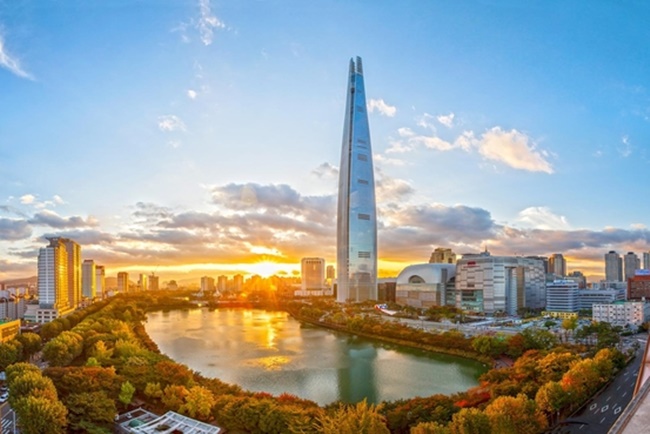 SEOUL, Dec. 13 (Korea Bizwire) – Signiel Seoul, the hotel at the 123-story skyscraper of South Korean retail giant Lotte, has been namded the best new new luxury hotel in Asia in a reader survey by a U.S. travel magazine, the company said Wednesday.

Global Traveler (GT) awarded the hotel – which is in Lotte World Tower, the country’s tallest building, in eastern Seoul — with the Best New Luxury Hotel in Asia.

Signiel Seoul was followed by Park Hyatt in Bangkok and Conrad Bora Bora Nui in French Polynesia, according to Lotte Hotel & Resorts. The survey was conducted online and offline from January to August.

Lotte Hotel Seoul in downtown Seoul was also named the Best Hotel in in South Korea for a sixth consecutive year, it said.

Lotte Hotel & Resorts is affiliated with Lotte Group, South Korea’s fifth-largest conglomerate, which has sprawling businesses in food, retail and construction. It currently operates 17 hotels in South Korea and eight others in the United States, Vietnam, Uzbekistan, Myanmar and Russia.