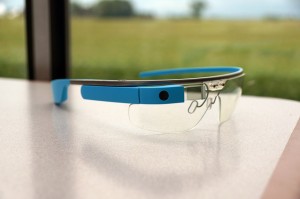 Google Glass, introduced in February 2013, was the game changer as it was equipped with the see-through feature. (image:tedeytan@flickr)

SEOUL, Korea, Jan 27 (Korea Bizwire) – As smartphones are ubiquitous and more and more wearable computing devices are available on the market, the number of patent applications related to smart glasses is rapidly on the rise. According to the Korea Intellectual Property Office, the number of smart glasses patents applied in 2009 was 29, followed by 38, 37, 45, and 73 from 2010 to 2013.

Smart glasses are a kind of head-mounted display that allows the user to see the computer screen right in front of her eyes. The technology was originally used for medical and military purposes such as virtual reality-based simulation. But the fact that it does not permit the user to see the front has been the obstacle to further adoption in other areas.

Google Glass, introduced in February 2013, was the game changer as it was equipped with the see-through feature. Since that time on, smart glasses have become commercially viable and are considered one of the most promising technologies for the future.

Since Google Glass, major tech companies of the world such as Sony, Microsoft, and Samsung have introduced their own brand of glasses. For example, Sony introduced “Smart Eyeglasses” in CES 2014 held in early January this year. The company said the new product would be commercially available by June when the World Cup games will be in full swing. Microsoft too has completed the pilot production of its Microsoft Glasses in October last year and is fully ready to launch it.

Samsung Electronics has finished the design registration of its Smart Glasses last year. Not to be outdone, LG Electronics has also applied for trademark for its “G Glass” brand. This year will see a full-blown competition surrounding a whole new market created by the head-mounted display device.