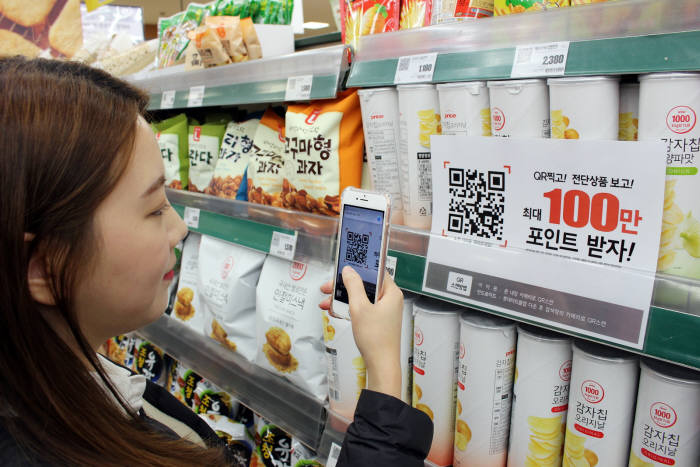 Lotte Mart plans to open a store that only uses QR codes by the end of this year. (image: Lotte Mart)

SEOUL, Nov. 12 (Korea Bizwire) — Lotte Mart announced on Sunday that it will adopt QR codes for all merchandise being sold at the store, which will allow customers to use their smartphones to access detailed information as well as customer reviews about each product.

The company will also provide online ordering services to customers via the Lotte Mart mobile app.

Lotte Mart expects that adopting QR codes will maximize synergy between online and offline logistics, where customers can physically experience big data, internet of things, artificial intelligence, and other technology through the QR code.

Lotte Mart plans to open a store that only uses QR codes by the end of this year. The store will also have expanded means of payment which will include L.pay, Kakaopay, Alipay, and more.

“Lotte Mart will adopt the Online for Offline (O4O) strategy to give offline support to our online business, while expanding our online presence among offline stores,” said Kim Jong-in, head of Lotte Mart.