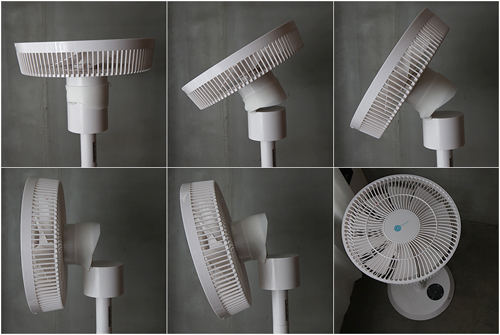 With the aerodynamically- and fluid mechanically-designed ten wings, the Mykonos Aero Fan (model named MA-L330) can generate softer wind than can any other electric fans.(image:Cheonnyon Net)

SEOUL, June 18 (Korea Bizwire) – The summer has come earlier than usual this year. Beginning in early May there were many days with temperature over 30 degrees Celsius.

Even though many families have already installed air-conditioners or electric fans in preparation for unseasonably warm days, some people may not like the artificial cool in favor of more natural wind.

Mykonos Aero Fan is one of the natural-wind electric fans available on the market. Imported from Japan and sold by Cheonnyon Net, the fan can be used as an air circulator and ventilator, as well as the DC fan.

With the aerodynamically- and fluid mechanically-designed ten wings, the Mykonos Aero Fan (model named MA-L330) can generate softer wind than can any other electric fans. The fan can be faced up so that it can be worked like a ceiling fan.

What’s different from any other fans is that the Mykonos can make the wind to the rear with a simple touch of the panel, which is ideal for those who feel uncomfortable getting direct draft from the fan.

All this is made possible by the two-way brushless DC motor produced by Nidec Corp. Despite all these special features, the Mykonos boasts low electricity consumption of up to 30 watts. For more information, visit Welpia (www.welpia.com), the shopping mall run by Cheonnyon Net.