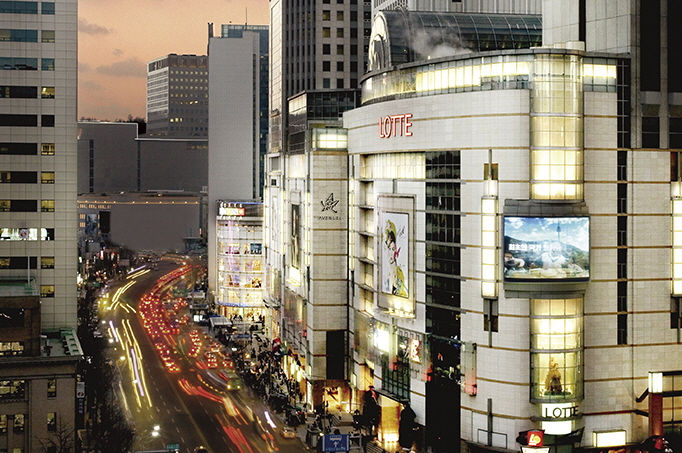 SEOUL, Jul. 30 (Korea Bizwire) — South Korea’s retail giant Lotte said Monday a new department in charge of the business group’s online businesses is set to be launched this week as the conglomerate revs up efforts to cope with the rapid expansion of the country’s online market.

Earlier in May, Lotte unveiled the plan to inject 3 trillion won (US$2.69 billion) into its e-commerce business in the next five years, integrating online malls that have been separately operated by its affiliates into one with an aim to generate 20 trillion won in sales by 2022.

The new e-commerce department, set to launch Wednesday, will be responsible for a new platform that encompasses seven of the business group’s retail subsidiaries, including the department store business and discount store chain.

With some 1,400 employees, the new branch aims to roll out a mobile app in 2020 and plans to hire 400 additional workers by next year.

“The new app will become a platform that provides optimized services based on our massive customer data,” Kim Kyoung-ho, who will lead the new organization, said, noting that nearly 22 million customers are using Lotte online every month.

Sales of 13 major online stores and marketplaces jumped 17.2 percent on-year in May, according to government data.

Online malls reported a 21.3 percent spike in sales as more people opted to do their grocery shopping online. Online market places, where product or service information is provided by multiple third parties, reported a 12.4 percent surge in sales.

Meanwhile, Lotte Duty Free, the conglomerate’s duty-free unit, said it will ramp up marketing efforts for its online, downtown and overseas businesses, as part of its operations at Incheon International Airport, west of Seoul, will be shut down as of 8 p.m. Tuesday.

The duty-free operator decided to return three of its four money-losing concessions at the country’s main gateway in February. The zones were reorganized into two and went to Shinsegae DF Inc. in the follow-up bidding last month.

Lotte said it expects to save up to 1.4 trillion won of rent by 2020 following the closure of the business.