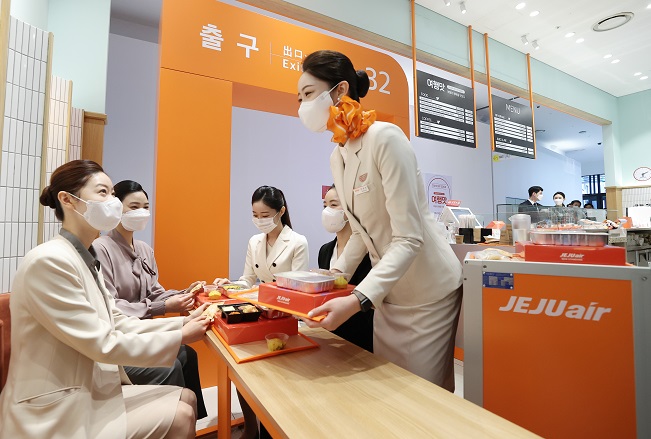 SEOUL, June 22 (Korea Bizwire) — With airlines continuing to struggle with the aftermath of the coronavirus outbreak, low-cost carriers are beginning to take on ‘secondary jobs’.

Jeju Air Co., South Korea’s biggest budget carrier by sales, is running an ‘in-flight meal cafe’ at a shopping mall complex in Seoul’s Hongdae area until July 28. The drinks are made by flight attendants themselves with popular in-flight offerings on sale.

Passengers can order items onboard and receive them at a desired destination. They will also be entitled to additional discounts.

T’way Air’s flight attendant training program for college students in related fields, which began in March this year, will now be opened to the public.