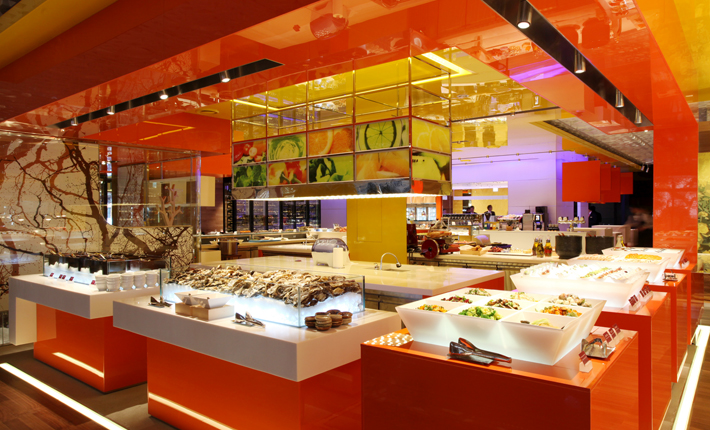 Viking’s Wharf, a lobster buffet restaurant chain, said it has completed accepting reservations for tables at its outlets in Jamsil and Yeouido for the coming days until Dec. 31.

Wolfgangs Steak House said all the seats have been booked for Sunday and Christmas on Monday, except for just a few tables for the 9-11 p.m. dining period.

The restaurant in Cheongdam-dong, southern Seoul, said it has separated the dining time into two sections, with one between 7-9 p.m. and the other between 9-11 p.m., to receive more clients during the year-end holiday season.

The Parkview, the buffet restaurant at Shilla Hotel, said it has been fully booked until Dec. 31.

The situation is the same for Aria at the Westin Chosun Hotel and La Seine at Lotte Hotel.

A 35-year-old woman who identified herself as Kim said: “We are having a year-end meal at a hotel restaurant with the financial support from our company. I am looking forward to enjoying the luxury atmosphere and a variety of quality food there.”

A 39-year-old man, identified only as his family name Kim, said he was surprised to see that several hotel buffets he contacted told him they were fully booked for the year-end holiday season.

“It seems that the economy being not so good is wrong as all the luxury restaurants have already been booked completely,” he said.