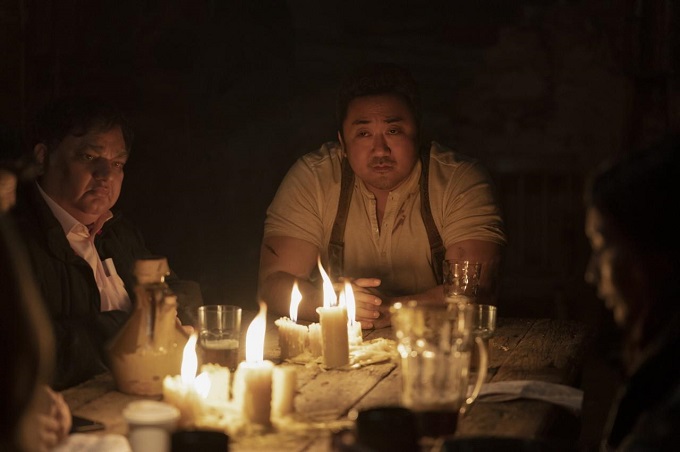 This image provided by Walt Disney Company Korea shows a scene from “Eternals.”

“Since the zombie thriller ‘Train to Busan’ (2016) was released about five years ago, I’ve received some offers from Hollywood,” he said during an online press conference with Korean media.

“A few years ago, I got a call from a casting director of ‘Eternals’ after I lost some projects due to my schedules.”

“Eternals” is the latest Marvel Studios’ film about the Eternals, a group of an immortal superheroes who fight against their evil counterparts, the Deviants, to protect Earth after thousands of years of hiding.

Ma is the first ethnically Korean actor to take a lead role in a Marvel superhero film. South Korean Soo-hyun, known as Claudia Kim, played a supporting role as a geneticist in “Avengers: Age of Ultron” (2015).

Gaining international popularity for his role in “Train to Busan,” Ma has done about 50 films, including the crime actioner “The Outlaws” (2017) and the crime thriller “The Gangster, The Cop, The Devil” (2019), for about 15 years.

Over his career, the 50-year old star has carved out a presence in the South Korean movie industry as a lovable action character who is powerful and tough but friendly and warm-hearted. 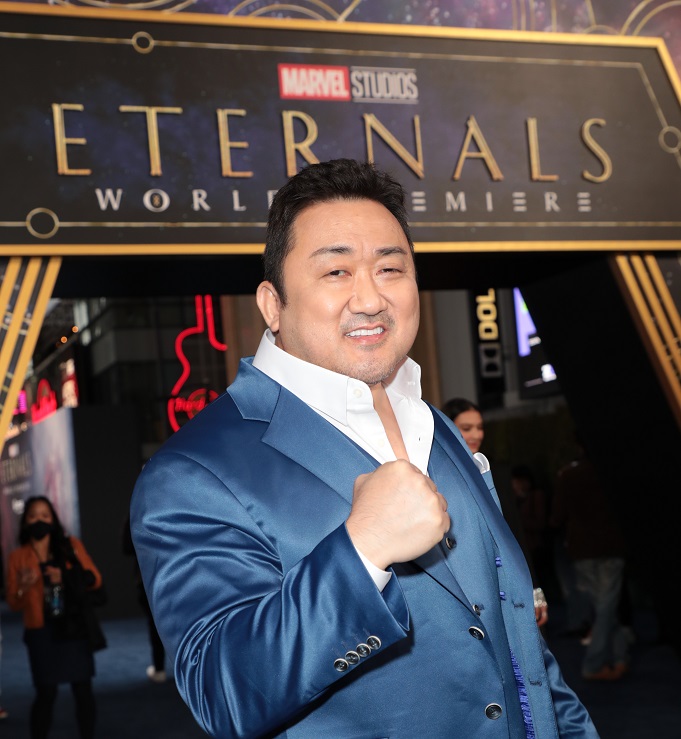 Ma said “Eternals” director Chloe Zhao, who won Oscars for “Nomadland” (2021), had asked him to take Gilgamesh and changed the character, who is not Asian in the original Marvel Comics, for him.

“She changed Gilgamesh, a mythical hero, to an Asian character and tailored it to me,” he said. “She wanted me to show my own style of action, like a big punch or a box. She created a character that fits me perfectly.”

As a prolific actor in South Korea, Ma said he felt almost nothing different in shooting a film in the United States.

“But I was surprised by the huge scale of its production and its workforce,” he said. “Hundreds of people are working for one project. Their teamwork and collaboration looked great for me.”

He said he and his American colleagues, including Angelina Jolie as Thena, did well to show on-screen chemistry in “Eternals,” which will hit South Korean theaters on Nov. 3.

“This is a superhero film aimed at entertaining people,” he said. “But it also tells a message that all members of the Eternals are from different races, genders and nationalities but they create the strongest power when they join forces.”