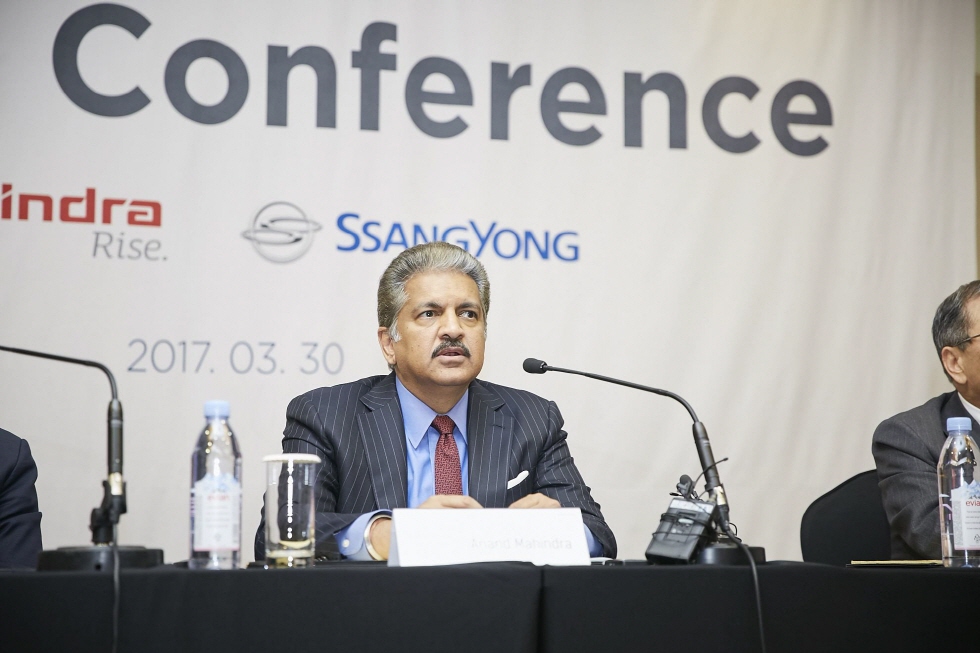 Mahindra Group Chairman Anand Mahindra was confident about the strong growth potential of the high-performance green cars in the automobile industry. (image: Yonhap)

The companies are aiming to develop high-end EVs by 2019 to enter the U.S. and Chinese markets, Anand Mahindra, chairman of the Mahindra Group, said in a press conference held on the sidelines of the biennial Seoul Motor Show.

He was confident about the strong growth potential of the high-performance green cars in the automobile industry and stressed a strong commitment to adding electric vehicles in their lineups.

“We certainly would have ambitions to sell in both those markets. They are the two largest auto markets in the world. They are also the ones that will switch the fastest to electric,” the chairman said.’

Mahindra said the world is very close to a tipping point where there will be a dramatic increase in the production and use of electric cars and that has to do with the lower cost of batteries.

“The battery plant that will be started by Elon Musk will, in our opinion, spark off a price war among battery suppliers leading to significantly lower costs and therefore much better usage of EVs,” he speculated.

Elon Musk is the chief executive and founder of Tesla Motors Inc. He aims to bring fully electric vehicles to the mass market.

Mahindra currently sells two-wheeler electric vehicles and has a facility that manufactures electric scooters in Detroit.

In recent years, the Indian company has experimented with hydrogen fuel cell and other alternative fuels, the chairman said, adding “the future is going to be in plug-in electrics.”

To help move the joint project to develop electric cars forward, SsangYong Motor plans to inject another 1 trillion won (US$1 billion) into related endeavors in the next four years.

SsangYong Motor has invested over $1 billion to develop products and put the troubled carmaker back on track in the past five years.

In March 2011, Mahindra & Mahindra Ltd. acquired SsangYong in bankruptcy proceedings as part of its “globalization strategy.” SsangYong made a turnaround in 2016 for the first time since the acquisition on robust sales of new models such as the Tivoli compact and the Korando C mid-size SUVs.

“Mahindra is fully behind supporting all of the investment that is required for SsangYong, and, as needed, Mahindra will always have funds for SsangYong,” Pawan Goenka, managing director of Mahindra & Mahindra, said in the same press event.

Mahindra & Mahindra owns a 72.85 percent stake in the carmaker.

Mahindra & Mahindra is the flagship affiliate of Mahindra Group, the $18 billion Indian conglomerate with businesses that range from the country’s largest SUV maker to farm equipment and financial services.’ 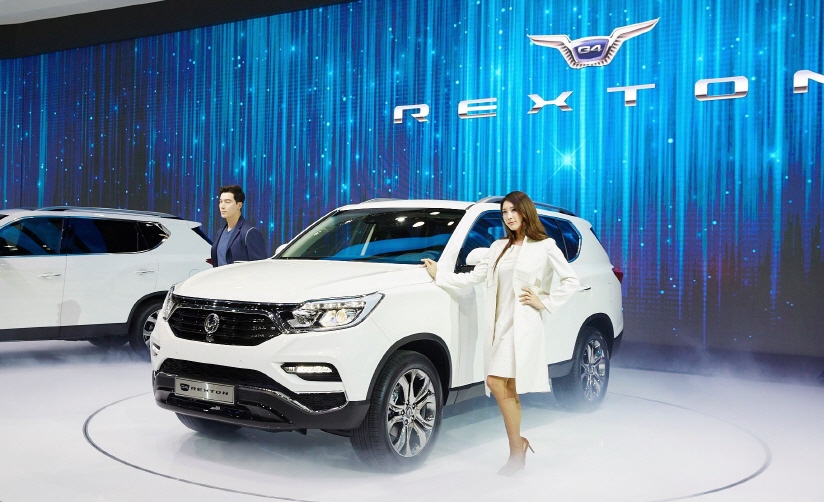 Meanwhile, SsangYong unveiled the G4 Rexton sport utility vehicle during the motor show that formally kicks off Friday and runs through April 9 at KINTEX exhibition hall in Ilsan, just northwest of Seoul.

The carmaker expects the large-size vehicle will put a premium touch on its SUV-focused lineup and help improve its brand image. SsangYong is regarded as mainstream, mass-market carmaker.