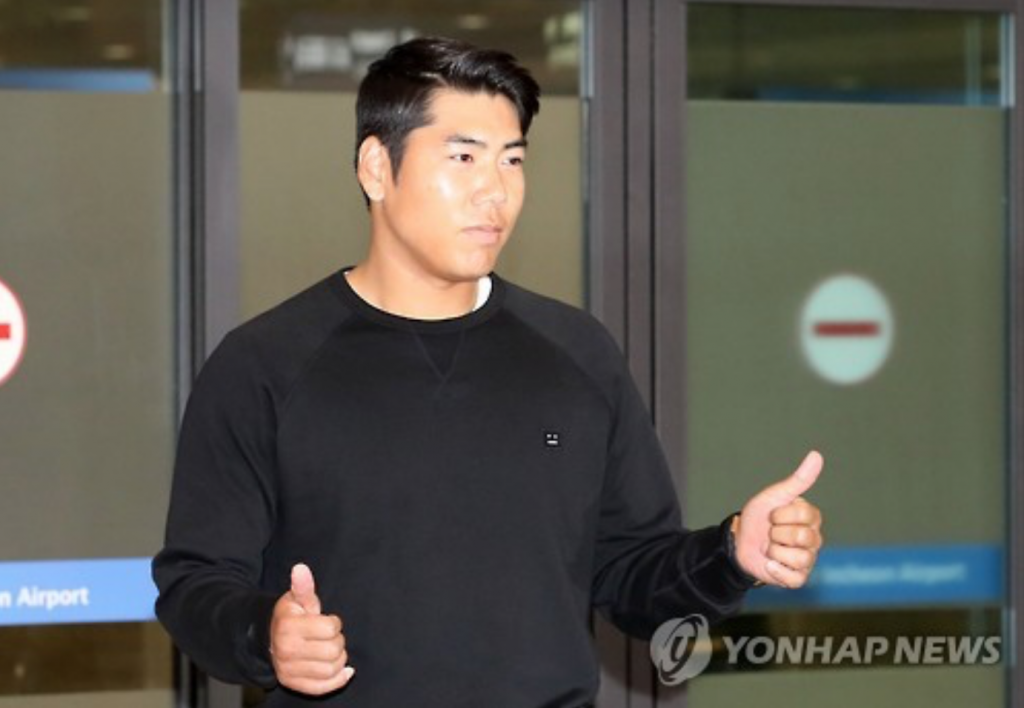 According to Gangnam Police Station in southern Seoul, Kang was booked for fleeing the scene after crashing into a guard rail on his way to his hotel in Samseong-dong at 2:48 a.m.

A person in the passenger seat, whose identity was withheld, reported to police that he or she was the driver of the vehicle. After analyzing the car’s black box, police determined that Kang had been behind the wheel and called him in for questioning.

Kang’s blood alcohol content level was 0.084 percent, a level subject to the suspension of one’s license. The legal limit here is 0.05 percent.

Police said the Pittsburgh Pirates infielder admitted to the charges.

Kang has already dealt with off-field trouble this year. In July, he faced a sexual assault allegation that emerged in Chicago. According to local police there, Kang met a 23-year-old Chicago woman through a dating app, and she later accused the ball player of sexually assaulting her while she was inebriated.

The investigation is still ongoing as police are trying to reach the alleged victim for more questioning. No criminal charges have been filed against Kang.

After enjoying an All-Star career in the Korea Baseball Organization (KBO), Kang joined the Pirates before the 2015 season on a four-year, US$11 million deal. He finished third in the Rookie of the Year voting in 2015 with a .287 batting average, 15 home runs and 58 RBIs in 126 games.

His season was cut short in mid-September after he suffered serious leg injuries on a hard slide by the Cubs’ Chris Coghlan trying to break up a double play. Kang returned to action in May 2016, and went on to hit 21 home runs and drive in 62 runs in 103 games.