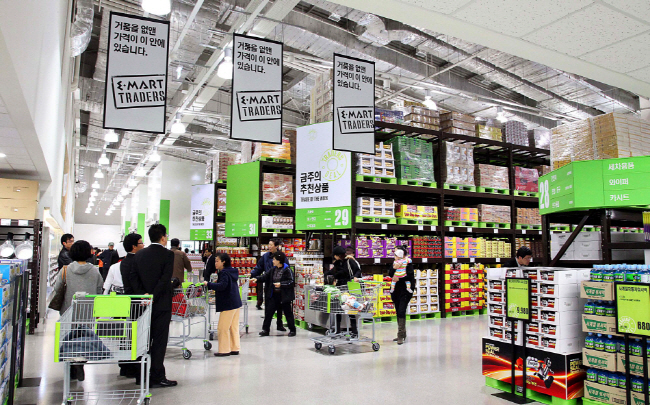 Analysts said Emart will be on a roll next year. (image: EMart Inc.)

SEOUL, Nov. 22 (Korea Bizwire) — After a tough year, South Korea’s major retailers are tipped to log a modest improvement in their earnings next year on the back of improved business conditions and cost-cutting efforts, industry sources said Friday.

This year has been the toughest ever for two homegrown retail giants, Emart and Lotte Shopping, as they struggled to battle with e-commerce giants such as Coupang and TMON, which launched aggressive promotion and free delivery services to woo more customers.

Hit by increased competition and an economic slowdown, Emart, the country’s No. 1 retailer, suffered a 40.3 percent on-year fall in its third-quarter operating income to 116.2 billion won (US$98.8 million).

Analysts said Emart will be on a roll next year, as the company’s efforts to improve margins have started to bear fruits since the third quarter, according to IBK analyst Lee Myung-hee.

The brokerage estimated an 18 percent on-year rise in sales for 2020 and a 60 percent jump in operating profit.

Emart saw the number of its underperforming or loss-making offline stores fall to 141 this year, down from 147 in 2016.

Emart also expanded shipping infrastructure for its online-only retail corporation SSG.COM, launched on March 1, in a bid to win back customers from e-commerce operators.

To bolster its delivery services, Emart also plans to open its third pick-and-packing station in Gimpo, 29 kilometers west of Seoul, by the end of the year.

The company currently runs two facilities, one in Gimpo and another in Yongin, 49 kilometers south of Seoul. 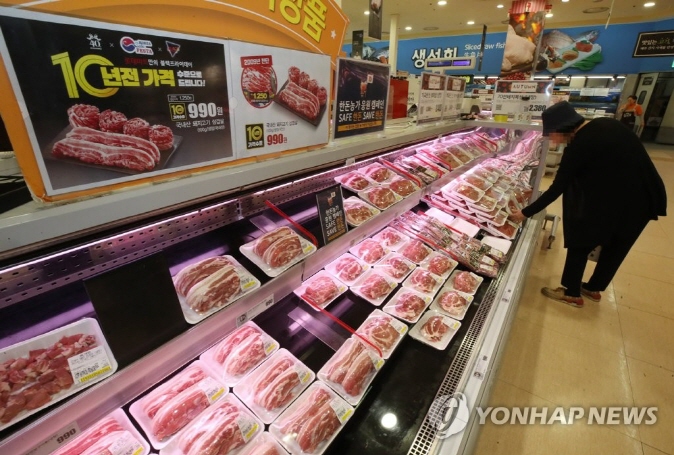 Lotte Mart takes up about 30 percent of its business portfolio.

The earning shock came due to the nationwide boycotting of Lotte’s products since July, triggered by trade tensions between Korea and Japan.

But the market consensus is that the discount store chain’s quarterly operating profit will go up thanks to reduced costs stemming from layoffs of contract workers.

Ju Young-hoon, an analyst at Eugene Securities, forecast a 2.9 percent on-year gain in Lotte Mart’s annual sales for next year, compared to a 1.3 percent decline in 2019.