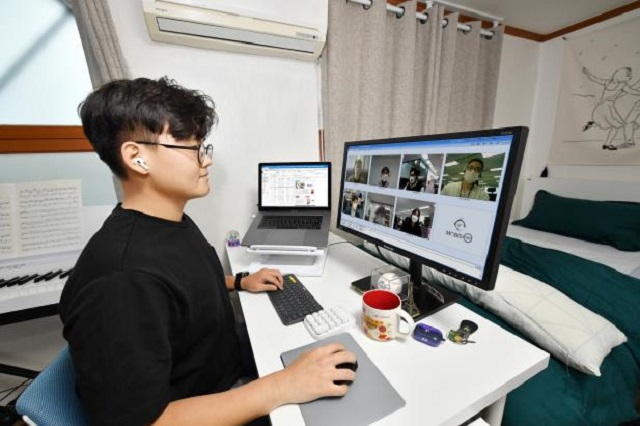 Hyundai Mobis launched the work-from-home program in February as a temporary offering for its employees. (image: Hyundai Mobis)

To cope with South Korea’s social distancing campaign designed to prevent the spread of the COVID-19 pandemic, the company launched the work-from-home program in February as a temporary offering for its employees.

Hyundai Mobis announced on Sunday that based on a smart work environment without limits in time and space, it will operate the work-from-home system as one of its official HR systems starting from the beginning of November.

Despite many businesses running work-from-home systems temporarily in times of COVID-19, it has been rare for such policies to become institutionalized as official work systems.

Hyundai Mobis noted that this is a preemptive decision that cannot be found elsewhere, particularly among the nation’s large manufacturing companies with a payroll of more than 10,000.

Employees can work from home via remote access to the company’s in-house PCs through their private computer or the notebook PCs provided by the company after registering a work-from-home plan on the in-house system a day in advance.

Hyundai Mobis will enable its employees to use at home all of the company’s in-house work systems, including a video conferencing system, performance management system and collaboration tools.