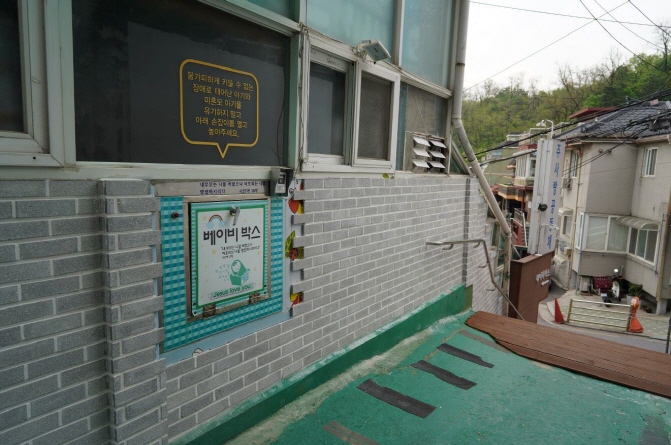 Baby boxes are currently set up at two churches located in Seoul and Gunpo, Gyeonggi Province to allow parents incapable of raising their babies to leave them there. (image: Jusarang Community Church)

SEOUL, Nov. 20 (Korea Bizwire) — In the last five years, the vast majority of the babies abandoned in baby boxes were found to have been sent to so-called ‘protection facilities’.

Only 3.4 percent of the orphans were either adopted or sent to families for temporary care. Among those sent to the facilities, only 13.8 percent were later put up for adoption or temporary care.

Baby boxes are currently set up at two churches located in Seoul and Gunpo, Gyeonggi Province to allow parents incapable of raising their babies to leave them there.

Relevant legislation obligate the government and local authorities to take necessary measures to provide abandoned children with a new home.

In principle, orphans should be sent to families first, and facilities are no more than a secondary option.

Children younger than 2 years old, in particular, are placed in the highest priority to be sent to families because that is when a child develops a sense of attachment to their parents.

The BAI pointed out, however, that abandoned children sent to protection facilities are left without any procedures or standards to be put up for adoption or a temporary stay with new families.

Job requirements and standards for heads and employees at the protection facilities were also found to be poorly established.

The Ministry of Health and Welfare currently restricts sex criminals and child abusers from working at child protection facilities, but there are no regulations in place for hiring alcoholics and drug addicts.