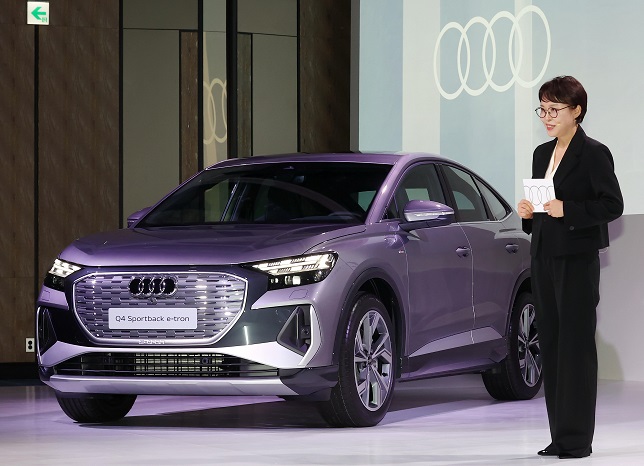 In this file photo, Audi Korea’s Executive Director Lim Hyun-ki gives a briefing on the planned launch of the Q4 e-tron 40 SUV and its sportback version later this month at a press conference held at the Four Seasons Hotel Seoul in central Seoul on Sept. 5, 2022. (Yonhap)

The number of newly registered foreign vehicles stood at 25,363 units last month, up from 18,764 units a year ago, the Korea Automobile Importers & Distributors Association (KAIDA) said in a statement.

Imported brands accounted for 20.52 percent of the Korean passenger vehicle market in September, down from 20.65 percent a year ago. Their market share for October has yet to be released, KAIDA said.

From January to October, imported car registrations fell 3.4 percent to 225,573 autos from 233,432 units during the same period of last year, it said.