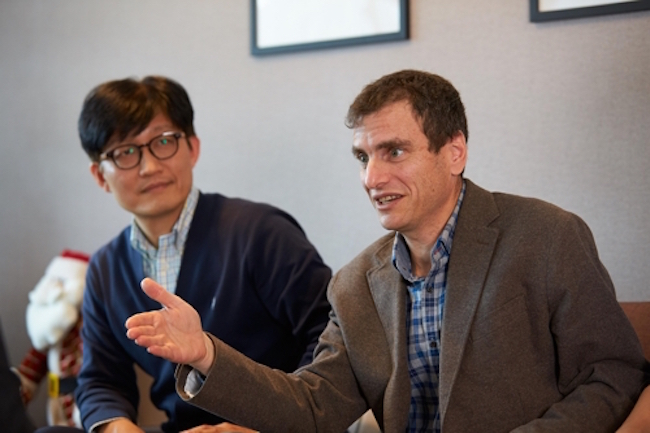 Bradley Tatar, a professor at UNIST and the first non-Korean scholar to analyze Ulsan’s whale meat consumption from a social science perspective, introduced his study that was published in journal Marine Policy with the above statement. (Image: UNIST)

ULSAN, March 22 (Korea Bizwire) — “Though whale meat that is illicitly procured and sold is thought of negatively by South Korean consumers, they buy it without having the means of confirming whether the meat has been gotten through legal channels.”

Bradley Tatar, a professor at UNIST and the first non-Korean scholar to analyze Ulsan’s whale meat consumption from a social science perspective, introduced his study that was published in journal Marine Policy with the above statement.

To collect data, Tatar and fellow researchers asked a series of questions to random individuals present at the Ulsan Whale Festival held in 2013.

Of those who completed the research surveys (579 individuals), 61 percent said they were “unable to determine the source” in response to a question asking if they were able to check whether whale meat was legally procured when buying it.

Whale meat consumption is permitted in South Korea as long as it is from bycatch. Bycatch refers to whales and other sea animals that are caught unintentionally, often because of ending up entangled in fishing nets.

The International Whaling Commission announced an international moratorium on commercial whaling that went into effect in 1986. Unlike its neighbor Japan, which vigorously disagrees with the moratorium, South Korea has made no formal objections to the IWC’s ruling.

In response to whether the survey taker had a preference for whale meat that was illicitly caught or from bycatch, 53 percent answered they opposed meat procured through law-breaking activity and 17 percent said both illicit means and bycatch were unacceptable.

Whale meat consumption is by and large a local specialty that is enjoyed in the southeastern port city of Ulsan. Formerly South Korea’s largest hub for commercial whaling, its annual Ulsan Whale Festival celebrates the city’s now defunct whaling industry’s history. Whale meat stopped being sold at the festival last year, but restaurants throughout the city continue to serve whale meat, including that of the  endangered minke whale. 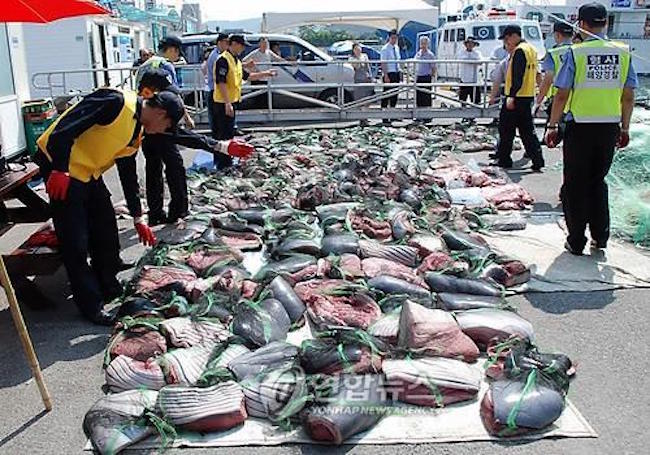 Called “the lotto of the seas” for the price they can fetch on the market, minke whales that are discovered dead or are inadvertently and accidentally captured can be sold after receiving approval from the authorities in the form of a sales permit issued by the Coast Guard.

Despite the measures in place to prevent illicitly gotten whale meat from being sold, at least one published estimate has estimated that near 70 percent of minke whale meat being sold in restaurants a few years ago was procured through legally forbidden methods.

According to the Whales Research Center at the National Institute of Fisheries Science, 1,849 whales of 13 different species were captured as bycatch in 2014, 150 less than in 2013.