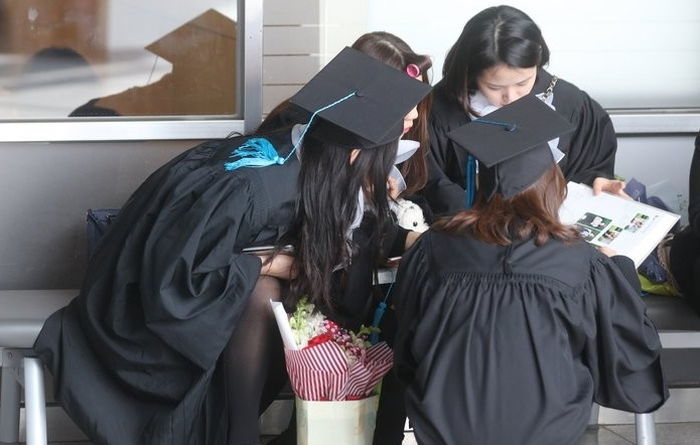 Most schools put pictures of teachers in their graduation albums. (Yonhap)

According to an online survey of 8,122 kindergarten, elementary, middle and high school teachers nationwide conducted by the Seoul Teachers’ Union, 70.6 percent of the respondents said they felt uneasy because they were required to have their picture included in the graduation album.

Discomfort comes from the fact that these photographs can be misused in crime or attacks on reputation.

Specific cases revealed by teachers included buying and selling graduation albums with a picture of the teacher at an online cafe and using it maliciously by stealing the photo just because someone wanted to know the face of the new teacher at the school.

One teacher even said that one person, who identified himself as the uncle of one student, called and expressed his desire to meet. The caller said that he saw a picture of the teacher from the graduation album.

Anxiety is far worse for women and younger teachers.

Most schools put pictures of teachers in their graduation albums. A total of 78.6 percent of the respondents said the yearbook at their school includes photos of all teachers.

“We need to change the graduation albums to suit changing times.”