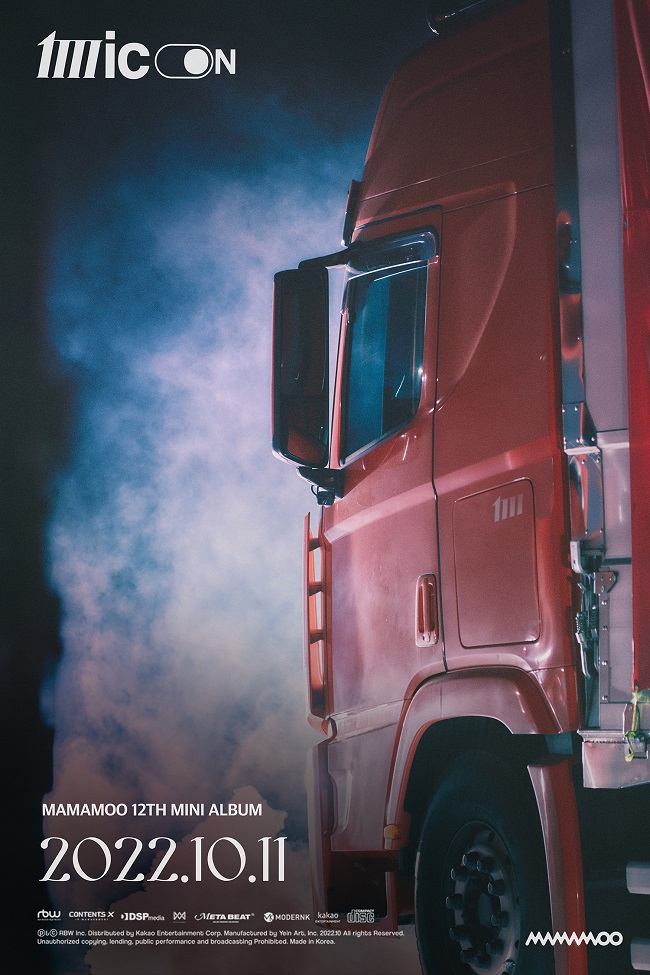 This image provided by RBW Entertainment is a promotional poster for Mamamoo’s upcoming EP “MIC On.”

It will be the first release from the band involving all four members since the act’s compilation album “I Say Mamamoo: The Best” was put out last September to mark the seventh anniversary of its debut.

The title “MIC On” means Mamamoo has come back to the scene with a mic on, according to the agency.

The band, with particularly strong live vocals, made a stellar debut in 2014 with its hit song “Mr. Ambiguous.” Other smash hits include “Um Oh Ah Yeah,” “Decalcomanie” and “Hip.”