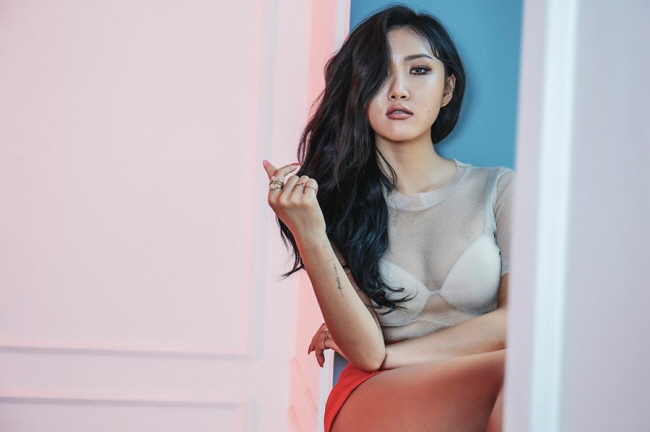 The 24-year-old is set to launch the solo song Feb. 13, the first solo music outside of Mamamoo since the group’s debut in 2014, according to RBW.

Hwawa has been building her own color of music inside Mamamoo, known for its powerful vocals and captivating stage performances.

In 2014, she and Korean rapper Loco released a collaboration song titled “Don’t Give It To Me” before unveiling her self-composed song “Be Calm” as part of Mamamoo’s sixth EP “Yellow Flower” that dropped last year.

Hwasa became a household name with her appearance on an episode of the popular MBC reality show “I Live Alone” last year, where she disclosed her humble, freewheeling private life.