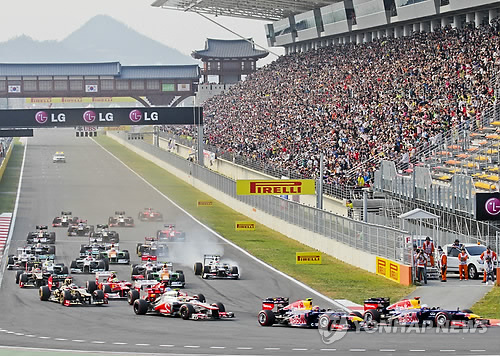 SEOUL, May 2 (Korea Bizwire) – A special 70-meter dash event will take place at the 2016 Motor & Leisure Sports Festival in Yeongam on May 5.

Kim, who is preparing for the Rio 2016 Summer Olympics, expects that the race will come down to the wire.

“I expect to lead the race for the first 60 meters, but the victor will be decided in the last 10 meters,” said Kim during an interview.

“I understand that it’s not an official event but I’ll do my best as a representative of mankind,” he added.

Bom-yi Kwon, a professional racing driver, will be piloting the vehicle. The car will start the race with its gear selector in park, and the driver will not be permitted to touch either the wheel or the stick until the starter’s gun fires.

“I hope this event helps attract more public interest in motorsports. If nothing goes wrong, the car should win the race,” said Kwon.

Kim’s 70-meter record is 7.4 seconds, with the Avante clocking a time of 7.38 seconds over the same distance. It’s a miniscule difference of 0.02 seconds, which makes the race highly unpredictable.

The 2016 Motor & Leisure Sports Festival will be held at Yeongam’s Korea International Circuit from May 5 to May 15. Tickets can be purchased via Auction (www.auction.co.kr) and Gmarket (www.gmarket.co.kr). 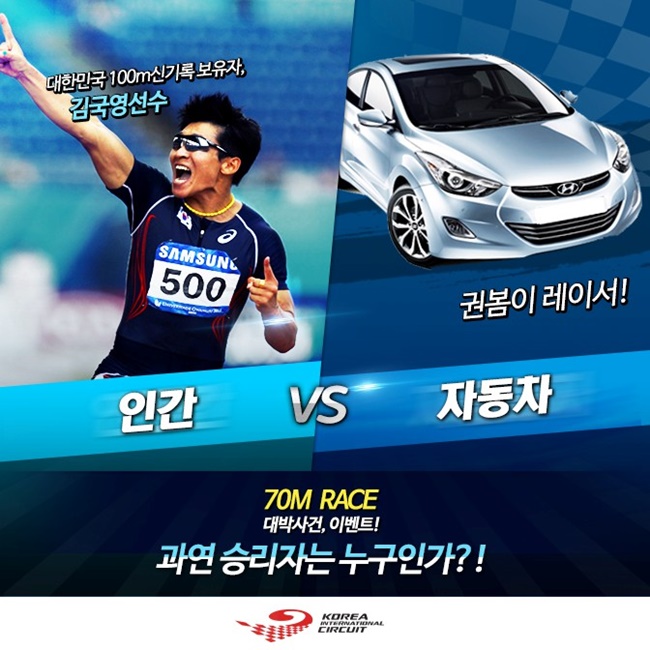 Kim’s 70-meter record is 7.4 seconds, with the Avante clocking a time of 7.38 seconds over the same distance. (image: Yonhap)