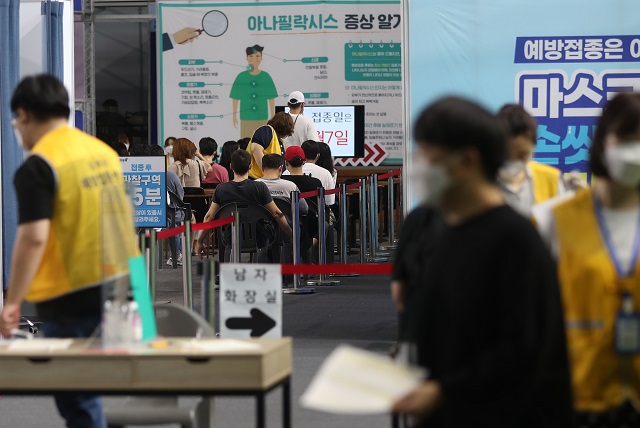 A government memo obtained by Yonhap News Agency showed that the municipality, located 300 kilometers southeast of Seoul, ordered 93 daycare centers to cooperate with preemptive tests of foreign children under their care between Monday and Tuesday.

The city government explained the decision was made in light of an increase in COVID-19 cases connected to a daycare center for foreign nationals in the city.

The decision prompted backlash online, with some accusing the local government of unscientific and xenophobic administration and potentially infringing on the rights of children and parents by ordering the children to undergo mandatory tests.

“This is beyond disgusting,” one English-speaking Twitter user wrote, while a Korean user wrote, “So you can’t catch the coronavirus if you’re a South Korean national? Adults are the meanest.”

Another Twitter user wrote in Spanish that the government “was showing off xenophobia in this pandemic.”

In March, the Seoul city government issued a similar administrative order requiring all foreign workers in the city to undergo mandatory virus tests amid a spike in cases in areas concentrated with foreign nationals.

The order was eventually canceled after the National Human Rights Commission of Korea launched an inquiry to determine whether the administrative order constituted discrimination or an infringement on foreign nationals’ rights.

Chung Sye-kyun, who served as prime minister in March, then called for authorities to maintain acute awareness of racial sensitivity in implementing antivirus measures amid criticisms against the Seoul city government’s order.