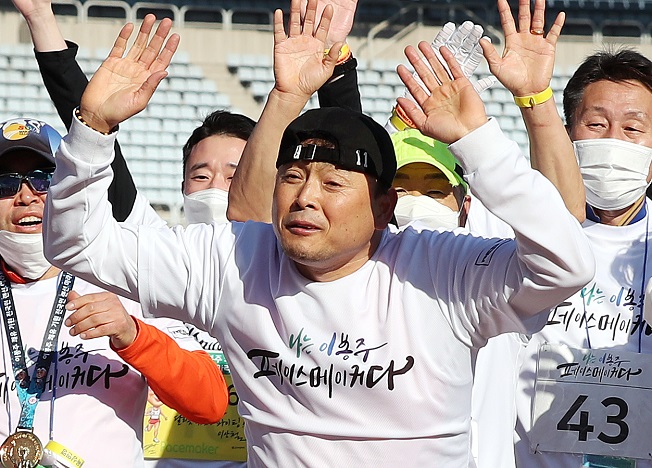 SEOUL, Nov. 30 (Korea Bizwire) — Marathon star Lee Bong-ju, who has been suffering from a rare muscular disease, participated in a marathon race for a special cause as part of his recovery.

The race took place at Bucheon Stadium in Gyeonggi Province on Sunday with 195 pacemakers split into 10 groups to each run a 4-kilometer segment, covering a total of 40 kilometers. 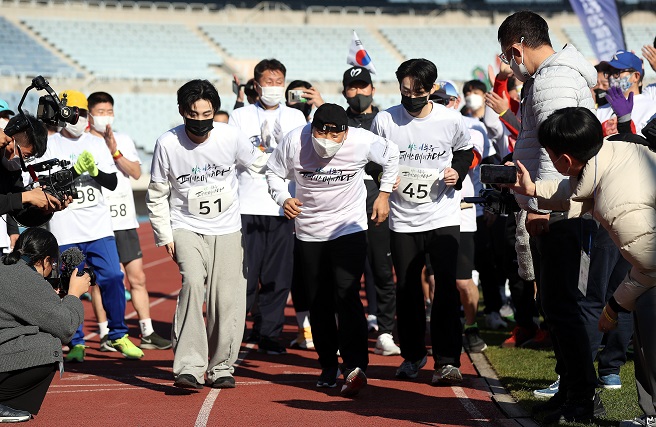 Lee, the silver medalist at the 1996 Atlanta Summer Games and the 2001 Boston Marathon champion, has been recovering from his illness after surgery in June of last year, but his back still appeared to be bent.

“I am going through my life’s darkest tunnel, but I will not lose hope,” Lee said. “I’m being treated every day. You’ve become my pacemakers today. I will become your pacemaker next year.”