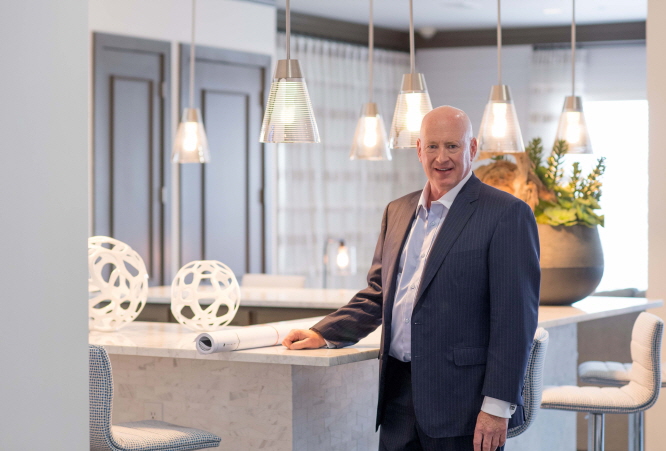 Marcus Hiles is a Dallas-Fort Worth based property developer. (image: Marcus Hiles)

DALLAS, Jul. 19 (Korea Bizwire) — The future business scene in Texas is looking brighter than ever as the state continues to hold its place as a national leader. Growth is spreading across areas such as North Texas, Houston and San Antonio with businesses quickly expanding their operations in the state that offers some of the best in business-friendly climates and overall growth potential. Tapping into the market recently are global leaders such as Toyota, Liberty Mutual and JP Morgan who have taken advantage of the state’s increasing network of commercial properties, workforce and business resources.

Named by CNBC for the fourth consecutive year as America’s Top State for Business, Texas scored above all 50 states on overall business competitiveness. With the business hub building on its role as a national leader for the past decade, this top rank title reflects the progress Texas has made in cementing its place in the global economy.

“This national recognition comes without surprise as the lone star state has remained in the spotlight with record breaking growth throughout 2017 and 2018,” shares successful Texas entrepreneur for over three decades, Marcus Hiles. Spikes in the state’s overall population has contributed to the expanding workforce that has aiding growth in 10 out of 11 industries in Texas.

“Also known for its affordability and openness to growth, the state has an edge over other leading cities on the CNBC list such as New York and California,” adds Marcus who has built an empire in the apartment rental industry across Texas. With no shortage of workers, land mass or commercial development, domestic and even international organizations are investing more in the state where their return can produce more.

With so much condensed growth, the state also places ahead of the competition for its ability to maintain an evolving infrastructure network that is expanding daily. Just in the data sector alone, the Dallas area is home to over 2.99 million square feet of commissioned data center space with several new multi-million-dollar projects in the works just this year alone. The north Texas city was even named the hottest data center market in 2017, a direct reflection of the expanding business network spanning the state.

Technology and innovation weighed as another factor in the ranking for its role in supporting further expansion across industries and economic development. Under recognized as a state with a strong innovative market, Texas’ north region was recently analyzed for its potential as being known as an innovation hub. Focusing in on the untapped areas of opportunity, the locally conducted study also recognized the state’s strong entrepreneurial scene. With plans to attract more of the future business leaders, global enterprises and the investors to back them; the roadmap towards greater commercial expansion has been launched.

Now past the halfway mark in 2018 this repeat title sends a message to the nation, our businesses and workforce that there is a bigger place for Texas – in the global economy.

A photo accompanying this announcement is available at http://www.globenewswire.com/NewsRoom/AttachmentNg/577caefc-1556-47f4-b283-eb1a0ad92f4d