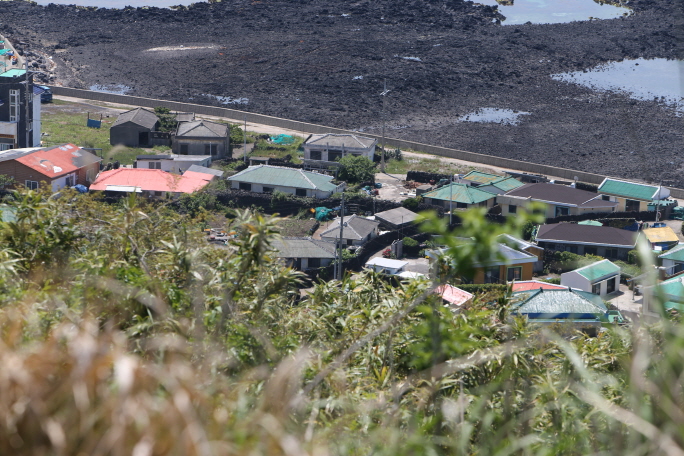 JEJU, Jan. 4 (Korea Bizwire) — Jeju’s Biyang Island, which is also known as the ‘Memoir of a Millennium’, has been in a state of turmoil since the end of last year due to a special operation to capture a herd of black goats.

Since last month, the Jeju government has started to hunt the goats that have damaged the environment of Biyang Island.

The black goats in question are typically bred for consumption in so-called ‘stamina’ health food and have to be put to pasture.

They eat pretty much everything, including pine trees and bamboo shoots. They are highly fertile, giving birth to two to three offspring twice a year.

Experts have pointed out that since these fertile creatures were set free in the wild for more than a decade, it is no surprise they are causing damage to the environment.

Currently, there are at least 150 goats on the loose, but authorities have yet to determine the exact number. Fences have been erected and food was provided to lure the goats in.

However, only 50 of them entered the fenced-in enclosure out of curiosity. 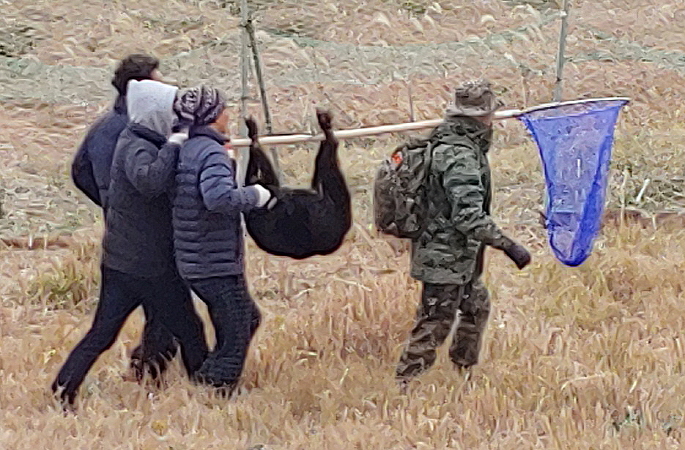 Even though a significant number of people were involved, capturing the goats was not easy. (image: Yonhap)

In the end, with the cooperation of the ROK Marine Corps, a large-scale hunt was launched for the remaining wild goats. Almost 100 soldiers and 50 public officials with nets were involved.

The city controlled the visitors to the island in the process due to limited space on board vessels going to and from the island.

Even though a significant number of people were involved, capturing the goats was not easy.

The goats were surprisingly fast, and as many as six men had to hold the fully-grown goats. Only 50 goats were captured on the day, and were placed in the fenced pasture.

Another hunt will be completed on January 4, but it is uncertain whether the capture of all of the remaining goats will be possible.

One or two goats were supplied to each household on Biyang Island in 1975 as part of a government program. Most of the residents, however, gave up breeding the goats as it was too expensive.

The Jeju government tried to purchase the goats after they started to cause property damage, but the farmers refused to sell, which led to a lengthy dispute.

Only recently did farmers agree to participate in the capture program.