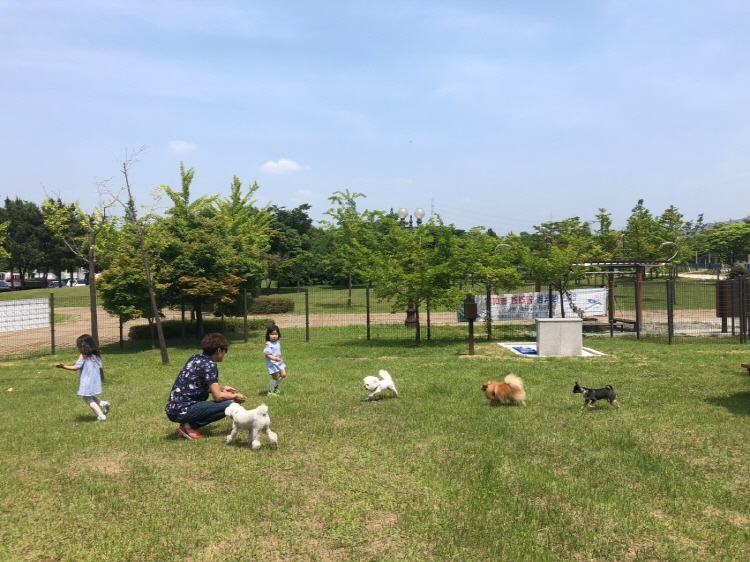 JEONJU, Jul. 18 (Korea Bizwire) — A dog park and an animal shelter will be built in Deokjin-gu and Wansan-gu, two districts within the city of Jeonju, North Jeolla Province.

The local government of Jeonju said yesterday that rough sketches that would turn Jeonju into an animal-friendly city had been drawn out based on the city’s “masterplan to nurture animal welfare.”

The task of creating the masterplan was taken on by the Industrial Cooperation Foundation at Chonbuk National University over a span of seven months since December of last year.

Researchers at the foundation came up with the basic approach that the city could take in terms of its animal-related policies by comparing the current status of the city’s animal welfare practices to those of advanced nations.

Nineteen projects in five categories regarding pets, abandoned animals, street cats, laboratory animals and citizen participation will be carried out by the city.

In line with such efforts, a dog park and an animal shelter will be established as quickly as possible in the districts of Wansan-gu and Deokjin-gu.

Other measures such as improving the current pet registration system to prevent pets from being abandoned and encouraging the public to adopt abandoned pets are also in the works.

Meanwhile, the city will be establishing a cooperative network composed of citizen volunteers while advising elementary, middle and senior high schools against performing animal-related experiments.