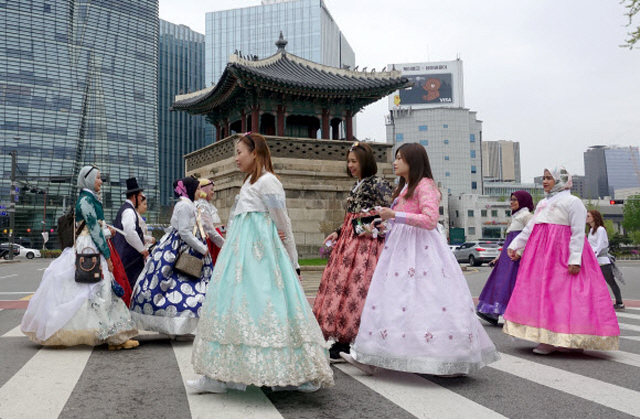 SEOUL, April 13 (Korea Bizwire) — A government poll showed Monday that the global popularity of South Korea as a tourist destination increased for the sixth consecutive year in 2019, thanks to the promotional effects of the country’s globally loved cultural content sector.

According to the 2019 poll on the effect of tourism marketing, released by the Ministry of Culture, Sports and Tourism and the Korea Tourism Organization (KTO), the level of foreigners’ recognition of South Korea as a tourist destination rose by 1.1 percentage points on-year to 59 percent.

The level of preference for South Korea as a tourist destination also grew by 2.4 percentage points on-year to reach 61.9 percent for 2019, the poll showed.

This marks the sixth year in a row since 2014 that the figures gained ground.

Respondents in Southeast Asian countries including Vietnam, Thailand, Indonesia and the Philippines were among those who most favored South Korea as a tourist spot, according to the poll.

Nearly half of the poll’s respondents said they have watched YouTube or other videos promoting Korean tourism, the poll also showed.

“The outcome is largely attributable to the global establishment of hallyu (or the Korean Wave), led by K-pop, as well as the country’s efforts to promote Korean tourism online that have targeted young tourists,” an official at the KTO said.