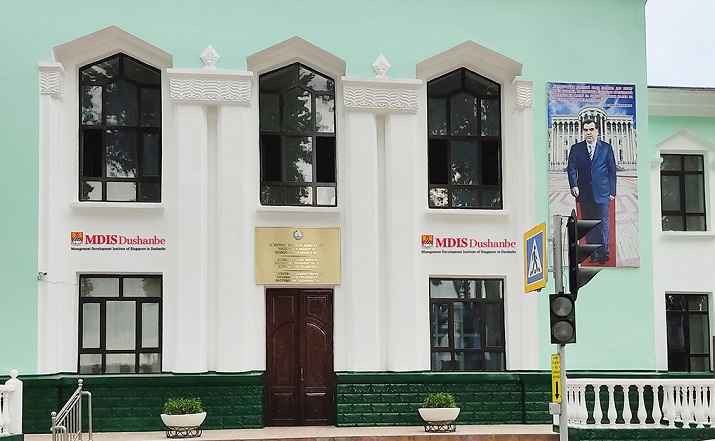 SINGAPORE, May 20 (Korea Bizwire) — As part of its globalisation push, the Management Development Institute of Singapore (MDIS), Singapore’s oldest not-for-profit professional institute for lifelong learning, is proud to announce its third overseas campus in Tajikistan, the capital of Dushanbe.

As a heritage brand of 65 years, MDIS ensures it stays relevant by continuing to grow with the nation and evolving with industry needs. It is striving to offer more skills-based programmes and enhance its infrastructure and facilities to help students gain and develop industry-relevant skills. Over the last decade, MDIS has also delivered their ‘Singapore brand’ education in the region to not only achieve growth for MDIS but also to contribute in solidifying Singapore’s reputation as a strong regional education hub.

MDIS has also grown beyond partnerships with overseas universities and has effectively gone global with campuses abroad. Capitalising on the ‘Singapore brand’, MDIS has overseas campuses that include MDIS Tashkent, Uzbekistan, and MDIS Malaysia, Johor. These campuses were opened in 2008 and 2013 respectively.

Set up in 2007, MDIS Tashkent is MDIS’ first overseas campus and is an institution of choice for students in Uzbekistan, Central Asia. From the initial batch in 2008, MDIS Tashkent now has more than 5,000 students from countries such as South Korea, Ukraine, Afghanistan, Kyrgyzstan, Tajikistan and Kazakhstan studying at MDIS Tashkent, and numerous academic degree programmes were offered in partnership with renowned UK universities such as the University of Bangor, University of Sunderland and Teesside University.

With the Belt and Road Initiative (BRI)’s focus on the connectivity between Europe and Central Asia, allowing for easy transportation of goods and services in trade, tourism and agriculture, there will be immense opportunities and potential for graduates and the people of Central Asia to engage in foreign investments, economic and cultural activities in turbocharging their economy.

In September 2016, China inaugurated a railway line running through Uzbekistan to Afghanistan and Pakistan and intends to embark further on connecting Uzbekistan to Kyrgyzstan onwards to China. Tajikistan does have a small rail network, terminating in Dushanbe, with links to Uzbekistan and ultimately to Moscow. There has also been talk of a Turkmenistan-Afghanistan-Tajikistan (TAT) railway that would link west to Iran and the International North-South Transportation Corridor. Tajikistan, with its population of 9.5 million, has been enjoying strong economic growth for nearly 30 years since its independence in 1991, mainly based on the export of aluminium and a significant cotton industry. But sustaining growth in the future will need substantially higher growth in private investment and export diversification.

Dr Eric Kuan, President of MDIS, said: “Our first-mover advantage in setting up a world-class educational institution in Tashkent has given us significant leverage in one of the fastest-growing regions in the world.  According to the IMF, the regional economic outlook for Central Asia remains robust, with growth in the region expected to hit about 4.7% in 2020. Despite the global Covid-19 pandemic, the public gross financing needs in most emerging markets in the Central Asia region are expected to remain elevated in 2021-22.

“This strong growth reflects the expansion of oil and gas production and other extractive industries as well as firm growth in both domestic and external demand. The favourable outlook presents a great opportunity for MDIS as the region continues to require professional talent and a higher educated workforce to support the structural transformation that is driving these dynamic emerging economies.”

“MDIS Tashkent has established a solid reputation in Central Asia, which is reflected in the 10-fold increase of our student intake in just 10 years in Tashkent. We are therefore well-poised to grow our presence and extend our reach in the Central Asian region to strengthen our leadership position as a strong global educational institution,” said Dr Eric Kuan. The Central Asian market represent new frontiers for Singapore business that seek to expand into new markets. They have laid a strong foundation and built a reputation for excellence in these countries. While Tajikistan has 27 state and private universities, MDIS offers the attraction and value of a Singapore-accredited education, supported by its numerous collaborations with reputable universities from the UK. This partnership model with a quasi-government agency, the State Unitary Enterprise, Tajinvest and the Ministry of Education and Science of the Republic of Tajikistan, has boosted Singapore’s reputation in the field of education and academic excellence. With the active support of Tajikistan’s government, which provides valuable resources such as land and buildings for the set-up of MDIS Dushanbe.

Emerging economies will form the cornerstone of MDIS’ expansion plans in the medium term. These economies present exceptional growth opportunities driven by rising population numbers and a surging thirst for higher education and a more educated workforce to fuel socio-economic transformations.

To meet the increasing demand for higher education in Central Asia, MDIS Dushanbe has in its pipeline a slew of new business, industrial management, international tourism and hospitality, information technology and cybersecurity network and engineering postgraduate and degree courses. Occupying the former premise of the Public Administration Academy in Dushanbe, MDIS is confident to boost Singapore’s education and offers quality and academic excellence in collaboration with four renowned UK universities.