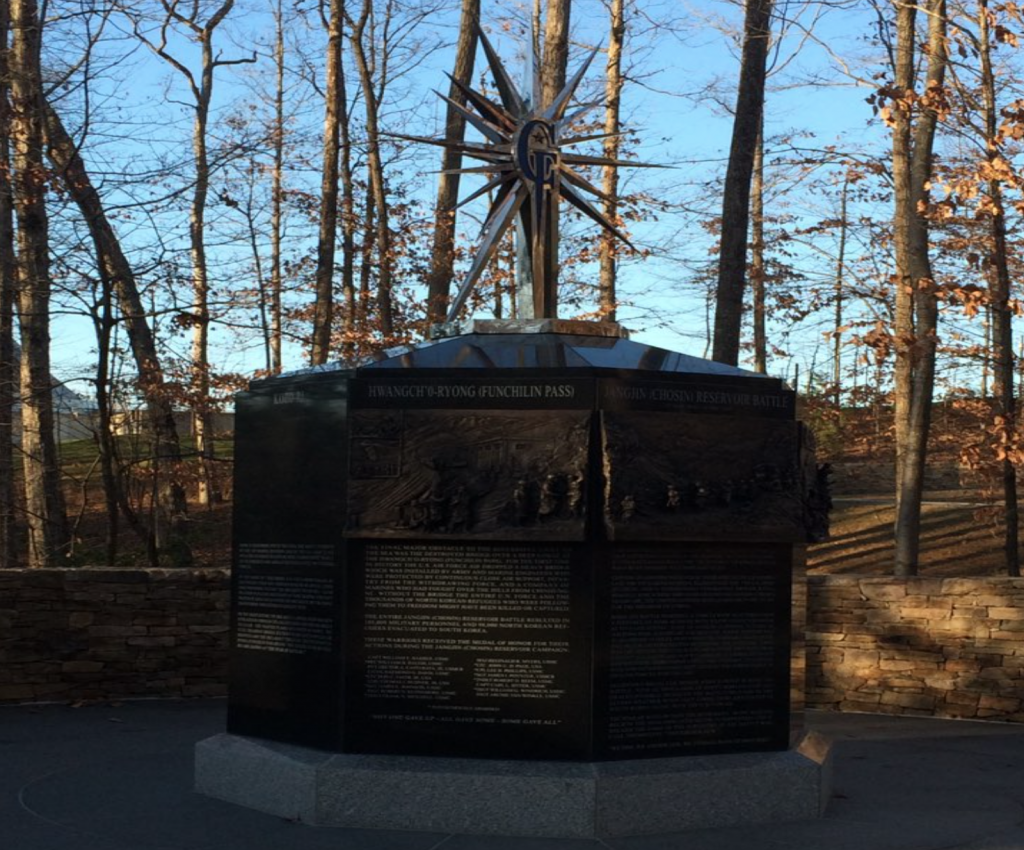 A Korean War memorial commemorating the Changjin Reservoir Battle stands at the National Museum of the Marine Corps in Quantico, Virginia, on May 4, 2017. (image: Ministry of Patriots and Veterans Affairs)

QUANTICO, Virginia, May 7 (Korea Bizwire) – Elderly American veterans of the Korean War, including the father of Joint Chiefs of Staff Chairman Joseph Dunford, celebrated the unveiling of a memorial commemorating the Changjin Reservoir Battle, one of the fiercest battles in the war, on Thursday.

The octagon-shaped memorial with a shining star on top of it was unveiled at the National Museum of the Marine Corps in Quantico, Virginia, to commemorate the battle that also helped make a massive evacuation operation possible.

The battle, also known as the Battle of the Chosin Reservoir, came as the U.S.-backed South Korean forces began retreating from North Korea after China sent massive numbers of troops to fight alongside the communist neighbor.

In the battle, the 1st U.S. Marine Division fought against seven Chinese divisions. The Marines are credited with stopping the Chinese from moving southward during the battle, buying time for what is known as the Hungnam evacuation that saved the lives of nearly 200,000 troops and civilians.

More than 900 U.S. Marines were killed and thousands others went missing in the battle. The battle drew fresh attention as the Hungnam evacuation operation was included in the South Korean box-office hit “Ode to My Father.” 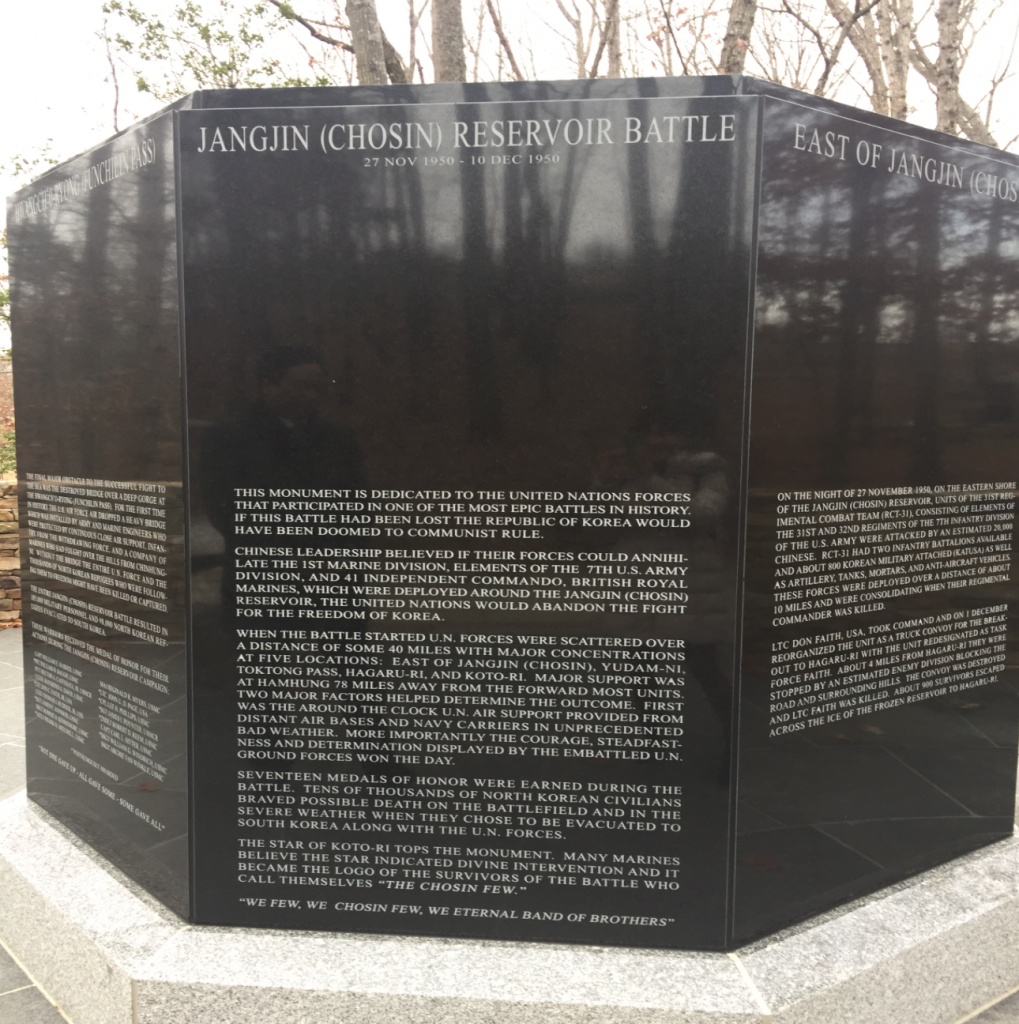 Those who fought in the battle are also called the “Chosin Few,” meaning they were far outnumbered by enemy troops. The shining star has been a symbol of the battle as U.S. Marines broke through the siege of Chinese troops on a night when a bright start was up in the sky over the village of Kodo-ri.

South Korea’s government helped fund the US$600,000 project to build the memorial.

“It’s no exaggeration to say that I’m a United States Marine, because of the Marines who served in Chosin. In all sincerity, any success I’ve had as a Marine has been as a result of attempting to follow in the very large footsteps,” Dunford said.

“On 27 November 1950, my dad celebrated his 20th birthday. He was a private first class carrying a browning automatic rifle and serving with the baker bandits for the first battalion fifth Marines. He’d also been with the company at Naktong, Incheon and Seoul,” he said, referring to the three fiercest battles of the Korean War.

Dunford said his father felt very proud of being a Marine and fighting in the Changjin (Chosin) battle.

“It’d be much later in life before I fully appreciated what it meant to be a United States Marine, but by elementary school, I was telling people that I wanted to claim the title of being a Marine and follow the example of my hero, that BAR man from Baker 1 five,” he said.

“Very fortunate today that he’s here with us, and I’m still trying to get over the bar that he set many, many years ago, dad,” he said.